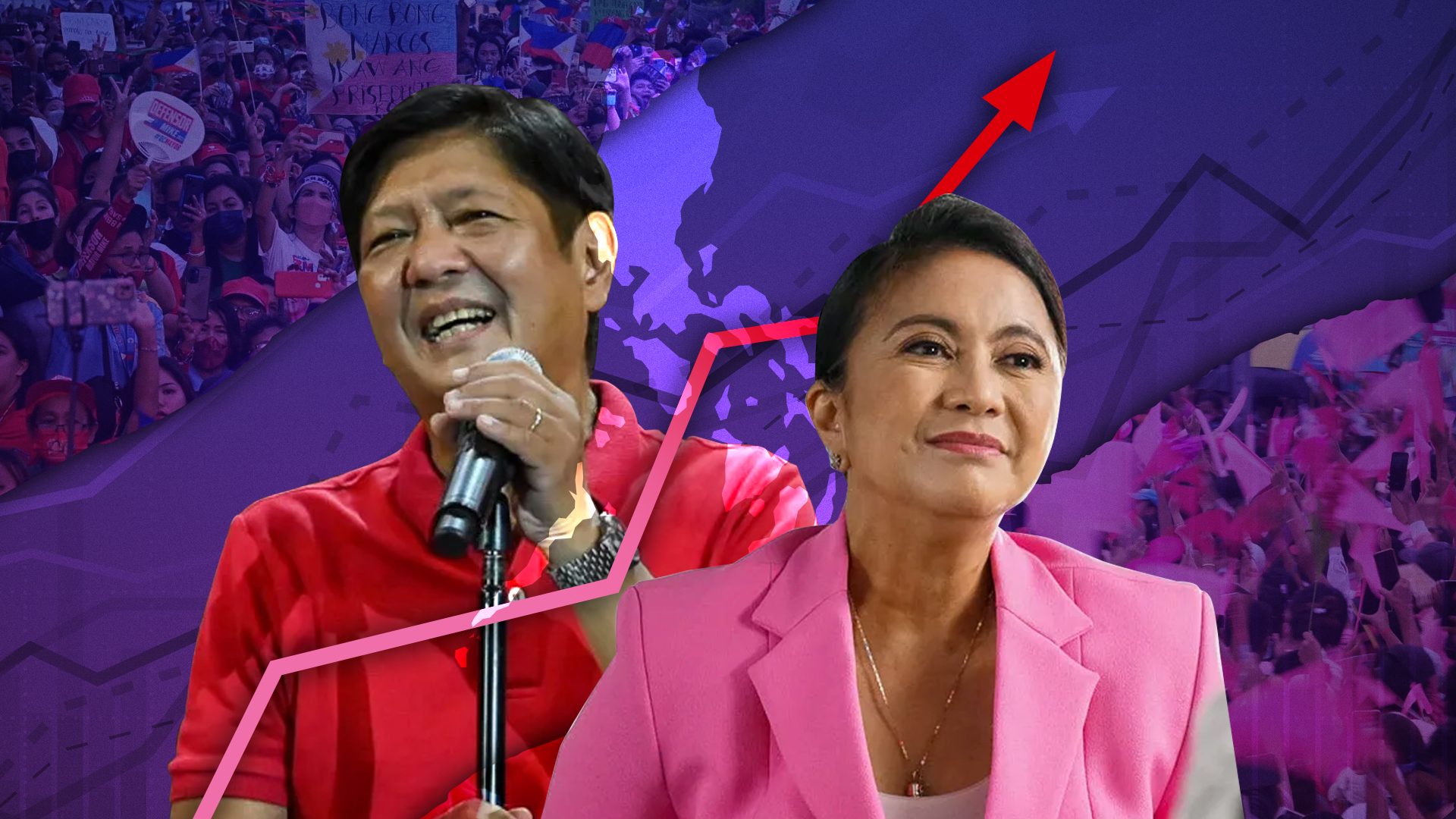 Facebook Twitter Copy URL
Copied
Pundits and even the camp of Vice President Leni Robredo have pointed to Jejomar Binay's 2010 victory as proof that a last-minute surge is possible. Here's a reality check.

The come-from-behind victory of Jejomar “Jojo” Binay in the 2010 vice presidential election was the result of a long game. The strategy was laid out as early as mid-2009. And despite the twists and turns and the highs and lows (lots of lows in the early stages), the campaign team faithfully stuck to the strategy. We recalibrated and did tactics, but The Strategy was the canon.

Jojo Binay started with only 1% voter preference in 2009. When a subsequent survey gave him a 2% share, it became an inside joke that our candidate’s numbers had risen by 100%. Even the boss had a good laugh at that one, and he kept repeating the joke to his friends.

Early on, the surveys placed Mar Roxas at number one in all regions. But there were signs that he had peaked early. And while the surveys showed an uptick in our vote share, we also saw opportunities to grab more votes.

Yes, Roxas was number one, but he was also number one in terms of soft votes in all regions. The challenge was to turn these soft votes towards our candidate’s direction instead of Loren Legarda’s, who was ranked second.

This survey – commissioned by the Estrada camp – showed us where to go, and what the campaign needed to say that would connect with voters at the local level. Armed with these insights, we did some tactical adjustments in March and April.

The strategy proved on point. Near the homestretch, Jojo Binay trailed Roxas by only 2% and by the first week of May, an internal survey showed Binay ahead by a hairline.

When the Philippine Daily Inquirer ran a story in April on Binay catching up with Legarda, Roxas was reported as saying, “Let them fight for Number 2.” That statement confirmed our suspicion: the Roxas campaign barely studied the surveys. Their over-confidence allowed us to make a play for his soft votes while locking in our core votes. In short, they didn’t know what hit them.

In contrast, we were running scared the whole time. On hindsight, that was a good mindset. A campaign with nothing to lose and everything to gain is more flexible, willing to take risks and be more creative.

It’s also worth noting that we had a tireless campaigner for a candidate. Jojo Binay was an energizer bunny, and that expression surely dates me. A former mayor, Binay applied his local playbook to his campaign for the vice presidency. While the Erap-Binay sorties would take a breather from barnstorming the major centers, Binay would fly solo, seeking out the smaller towns and barangays. People were surprised to see Binay right at their doorsteps or eating lunch at a carinderia. He would always remind us, “Importante ang eyeball to eyeball.”

For Binay, there was no downtime. On the road, or in between meetings, or while resting, he would be making dozens of calls, locking in the support earlier promised by local leaders and politicians.

From start to finish, our campaign narrative remained constant. We had one story, one narrative. And it was compelling and authentic, anchored on Jojo Binay’s life story and his achievements as Makati mayor. We did some tweaking in mid-April to capture the groundswell, but it was anchored on the main narrative.

In many ways, the vice presidential campaign of Jejomar Binay was the first truly insurgent campaign in Philippine politics. The candidate was a local official taking a shot at the second highest post in the land. He did not have the political or social peerage, or the backing of a major political party (PDP-Laban at that time was a mere “Volkswagen party”). But he had a powerful story. He had the discipline and the stamina. And he had a  network of dedicated volunteers – grateful Makati residents, fraternity brothers and sisters, and local politicians – who delivered the votes when it mattered.

Pundits, campaign experts, and even the camp of Vice President Leni Robredo have pointed to our experience as proof that a last-minute surge is possible. The signs are encouraging. In the latest Pulse Asia survey, Vice President Robredo gained votes in Balance Luzon. In the vote-rich Calabarzon region, she was statistically tied with Ferdinand Marcos Jr.

But here’s a reality check. In April 2010, we were already nipping on Roxas’ heels. Based on the latest survey conducted by OCTA Research from April 2-6, Marcos Jr. is still leading the race at 55%, with Robredo at 22%.

And if we assume that Marcos Jr. lost in 2016 because, like Roxas, his campaign became too confident, we are not seeing it this time around. The Marcos Jr. campaign has become more aggressive on the ground, willing to match or outmatch the “Pink Wave.” This is not the same campaign that Vice President Robredo ran against in 2016.

Jojo Binay did the impossible in 2010. It took a little while, but he got there. Yes, a last-minute surge for Vice President Robredo is possible. The question is, is there enough time? – Rappler.com

The author is a former journalist and spokesman for former Vice President Jejomar Binay. He is a government and political communications consultant.