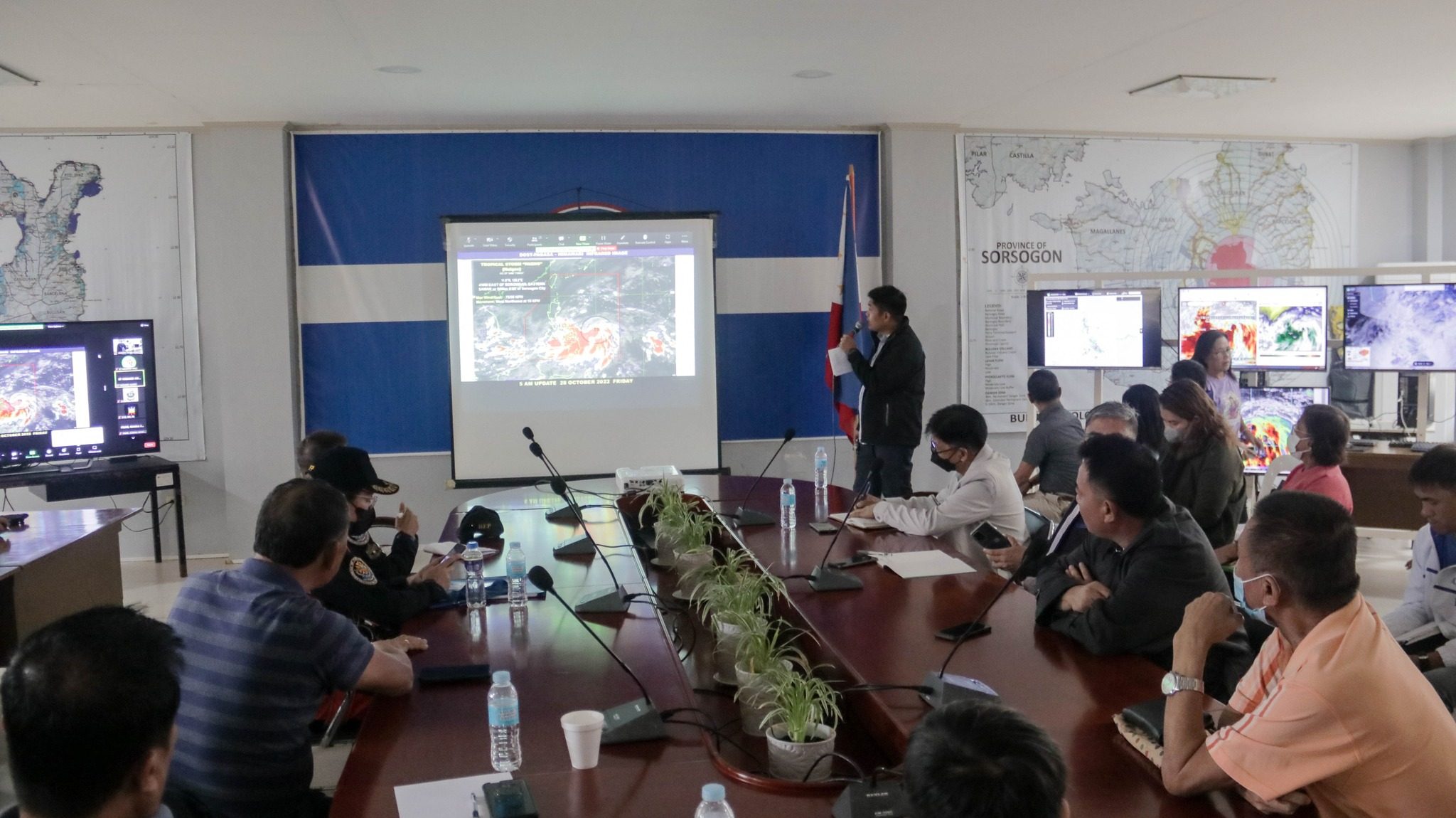 Facebook Twitter Copy URL
Copied
Albay, Sorsogon, and Masbate start preemptive evacuation of residents by the seabord, and those in danger of flash floods and landslides

The Philippine Coast Guard ban on sea travel to and from the main Bicol coast and outlying island provinces, and Visayas and Mindanao stranded more than 700 persons in Sorsogon and over 1,200 others in other Bicol ports.

Rosal asked LGUs to aid communities in the eastern and western seaboards of the province, in areas vulnerable to mudslides near gullies, and along steep slopes and areas tagged as vulnerable to flash floods.

Albay’s famous Mayon Volcano also poses a huge risk during prolonged raining due to the danger of flowing volcanic debris, like lahar coming down its slopes.

He urged Albay folk not to wait for rising waters or torrential rain before evacuation, adding that the province had prepositioned food and sleeping needs.

Rosal also canceled all classes and work in both public and private sectors on October 28.

In the island province of Masbate, Governor Antonio Kho also ordered an early suspension of work and preemptive evacuation.

Other provinces, including Sorsogon, also urged residents to head for evacuation centers before floods arrive.

The PCG and local governments said they would keep a tight watch on fisherfolk, as warnings of high, strong waves have been issued for Albay, Sorsogon, Camarines Norte, Camarines Sur, and Catanduanes, and traditional fishing grounds in Quezon province, Northern Samar, and Eastern Samar.

In Sorsogon  province, the Coast Guard said 768 individuals and 237 vehicles were stranded in Matnog town.

On Friday, a PCG update said at least 1,200 passengers, drivers, and helpers from 391 rolling cargoes on 12 vessels were at other ports.

Another 31 vessels had also taken shelter in Bicol ports.

The Sorsogon Provincial Hospital has been placed on Code White Alert

In Matnog, the province started soup kitchens for stranded passengers and other commuters under Blue Lane Project.