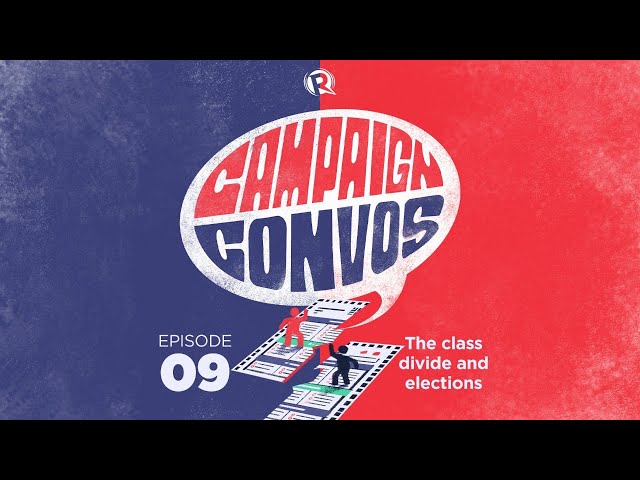 MANILA, Philippines – Are Kakampinks elitist? Does “masa appeal” still matter for a presidential candidate? Why does Ferdinand Marcos Jr., a scion of a wealthy political family, seem to captivate even the poorest in the country? Is Isko Moreno’s populist branding working?

Class divisions have always played a role in elections. One of the biggest factors considered by campaign teams is the fact that the biggest socio-economic class in the country are the poor – class D.

In this 9th episode of Campaign Convos, listen to Rappler campaign reporters talk about how the class divide is affecting campaigns of presidential and vice-presidential bets, and how it could influence the outcome of the high-stakes polls in May.