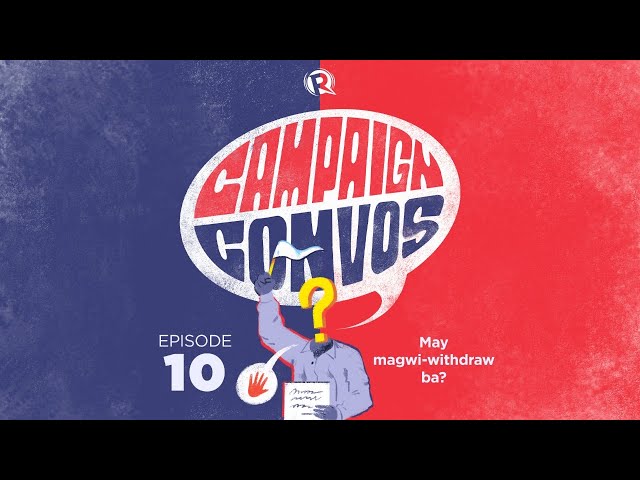 In this 10th episode of Campaign Convos, Rappler reporters talk about the forces behind calls for certain candidates to withdraw, and whether such calls are wise or even timely. What would happen if Isko Moreno withdraws, which some Leni Robredo supporters want? Would it really lead to the outcome they want?

Underlining these recent calls are the failed 2021 unity talks initiated by the Vice President herself. What happened back then? How are we suffering the consequences of that failure now?

Listen in to the discussion live at 6 pm on Thursday, April 7.