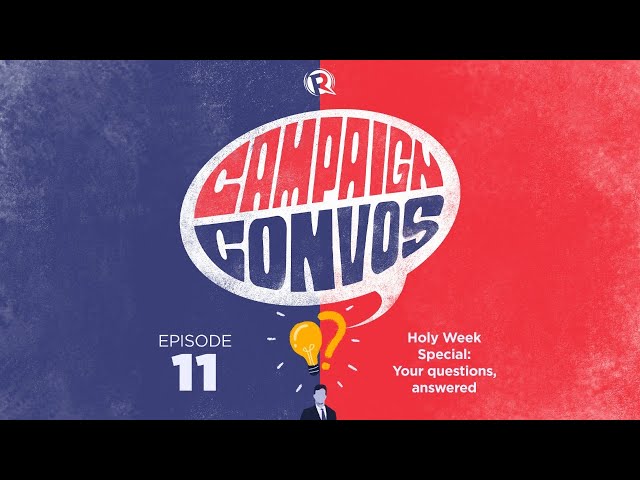 MANILA, Philippines – Holy Week during an election year is always a key milestone. Taking place less than a month before election day, it’s a benchmark for where the candidates are in their campaigns. Survey ratings released after Holy Week is often a telling snapshot of voter-preference trends that would predict the actual election results themselves.

Holy Week is also a time for reflection – for candidates, volunteers, politicians, and voters. Candidates don’t hold major campaign events during Holy Thursday and Good Friday. In this spirit, this week’s Campaign Convos episode will let you ask the questions. We’ve crowdsourced your queries through social media posts on all our platforms and compiled them so reporters can respond to them on-air. We’ll also be taking a few questions posed live during the show, through the comments section.

Ask us anything about the candidates, their campaign strategies, their platforms, forecasts for the critical weeks to come, and more. Through our responses, we hope to give you something to think about and ponder on during the holiday ahead.