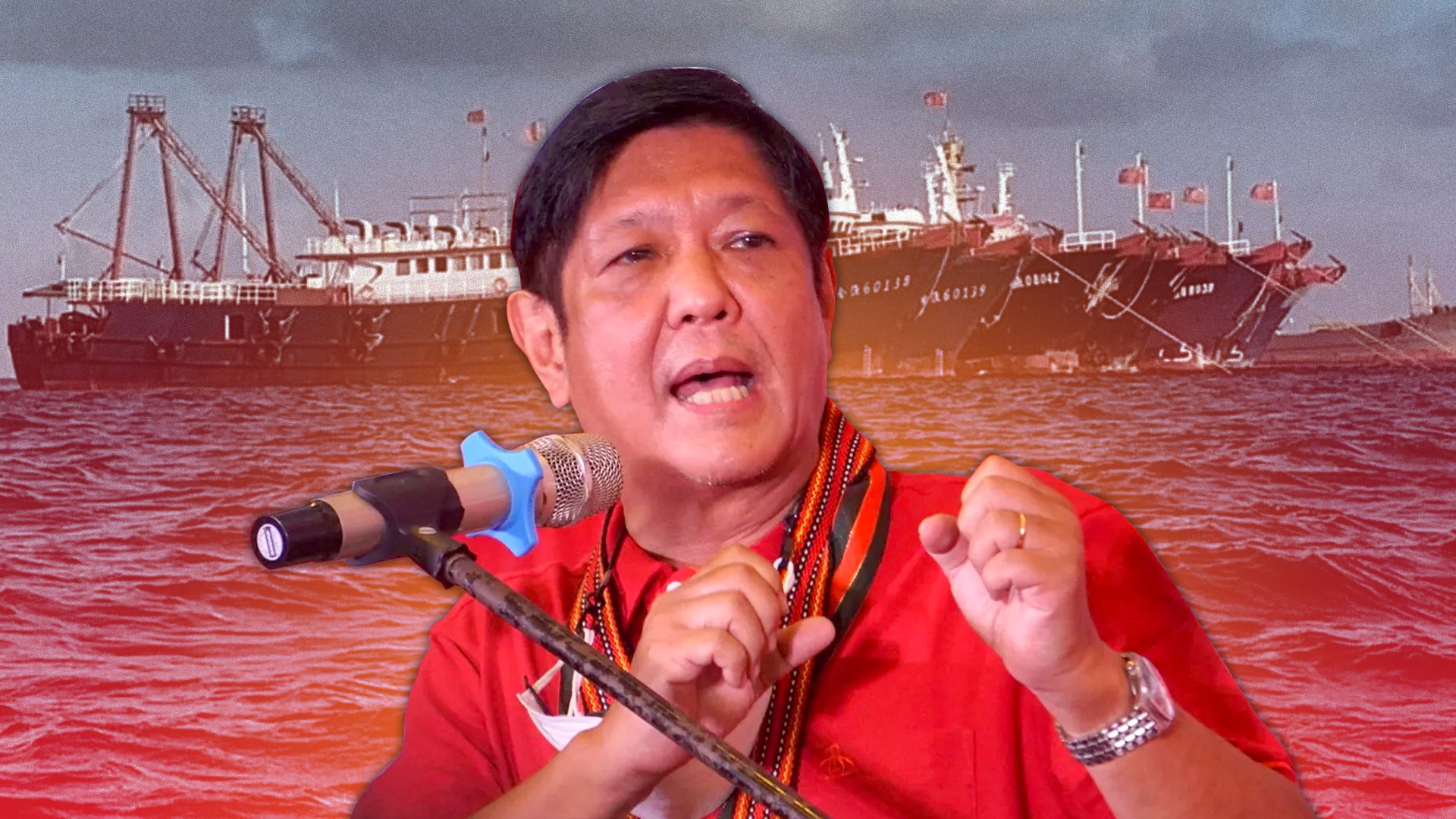 MANILA, Philippines – Presidential aspirant Ferdinand “Bongbong” Marcos Jr looks prepared to set aside the historic arbiration win of the Philippines in The Hague to continue engaging the Chinese, whom he repeatedly called “friends” in a series of media interviews this week.

“That arbitration is no longer an arbitration if there’s only one party. So, it’s no longer available to us,” said Marcos in an interview with entertainment host Boy Abunda on Tuesday, January 25.

Saying that the option of war “must be dismissed outright,” Marcos said “bilateral agreement is what we are left with.”

Marcos’ readiness to set aside the 2016 Hague ruling is in contrast to the stance of the four other top presidential bets, especially Vice President Leni Robredo who is very categorical in saying the Hague ruling must be “leveraged.” Robredo said she is only open to discussing a joint exploration with China if they will acknowledge the arbitral win.

Lacson said the workaround is to strengthen alliances with countries which have a strong military like the United States.

No to US help

On the other hand, Marcos said he will not ask the help of the United States when it comes to dealing with China.

“No [I will not ask US for help]. The problem is between China and us. If the Americans come in, it’s bound to fail because you are putting the two protagonists together,” Marcos told Abunda.

He was asked the same question during the DZRH presidential panel on Tuesday, where it was pointed out to him that the US and the Philippines have a long-standing Mutual Defense Treaty.

(What kind of help? Will they bring aircraft carriers and aim at warships? If war breaks out, who loses? Philippines. So let’s not allow the problem to escalate to a shooting, to a war.)

It’s a position that echoes President Rodrigo Duterte’s defeatist stand and one that security, legal, and foreign policy experts have consistently debunked as a false choice and “hollow attempt” to scare the public into submitting to China. The MDT is also precisely considered a deterrent to China’s aggressive tactics in the South China Sea.

Marcos indicated he was open to asking for help from ASEAN nations, the United Nations and “whatever international organization that can help,” just not the United States because according to him “kapag pinasok mo ang US, kaaway mo na agad ang China (if you let the US come in, you make China your enemy.)”

Talk and talk to friends

Marcos said the first issue he will try to resolve is to ask China to allow Filipino fishermen in the West Philippine Sea.

(I think we can come to an agreement. As a matter of fact, people from the Chinese embassy are my friends, we have been talking about that.)

Under the Constitution, however, Filipinos are already allowed to fish in the West Philippine Sea, while the state is mandated to protect and reserve the country’s marine wealth in its exclusive economic zone “exclusively to Filipino citizens.”

More so, Duterte had undertaken a similar agreement – to little effect. Hundreds of Filipino fisherfolk continue to witness Chinese harassment in Philippine waters and have seen dwindling catch in areas like Recto Bank, where Chinese vessels had crowded the area.

Abunda, in his interview, asked: What if all diplomatic ways have failed, and the Chinese continues to harass us?

(What is the other solution? Let’s say we allow the United States to come in and defend us. We can’t do that.)

During the ALC media forum on Monday, January 24, Marcos was asked how he can keep the military happy knowing that the Chinese had been aggravating the situation, with Defense Secretary Delfin Lorenzana engaging the Chinese embassy in a rare word war.

Marcos said: “We should gear our military, as you say, to civil defense, and internal threats. And I think diplomacy is what we will use to mitigate or to lessen external threats.” – Rappler.com