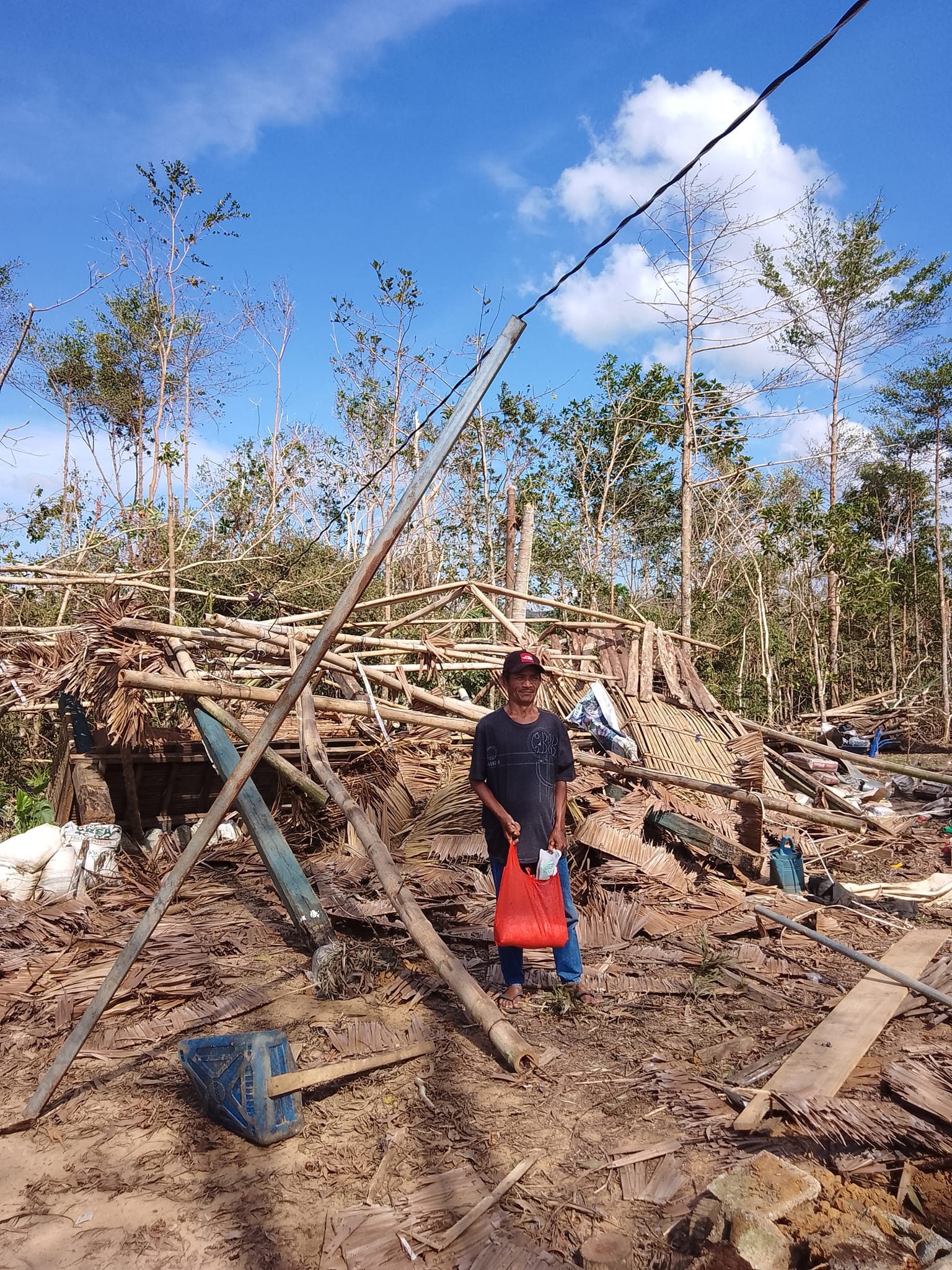 A farmer holds relief goods in front of a house wrecked by Typhoon Odette.

Facebook Twitter Copy URL
Copied
The Hilabangan River Basin, which has an estimated basic area of 1,945 square kilometers, traverses the most flooded towns in both Negros Occidental and Negros Oriental

Close to 57,000 families in Negros Occidental are spending Christmas Eve knowing they have no homes to return to, according to data by the provincial government. 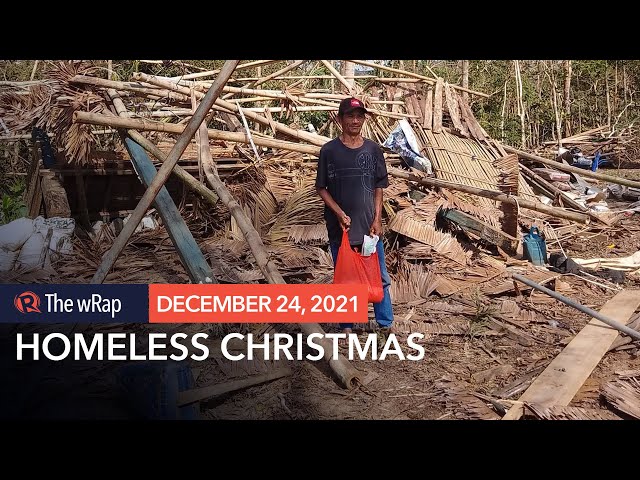 The province’s December 24 update said 45 persons had been confirmed dead, up from 42 on December 23 and 117 injured, up from 104, because of Typhoon Odette. The howler slammed into the province in the first hour of December 17 with winds hitting 195 km/hr. Ten residents of the province remain missing.

Sipalay City had the biggest casualty count, with 17, and Kabankalan City had 11, including residents swept away by floods as they tried to evacuate communities.

The number of destroyed houses increased later on the same day when Sipalay City sent in an update.

The number of families affected is expected to be more as the actual count of destroyed homes since many poor people live in multi-family homes.

The coastal town of Himamaylan said 13,111 houses were destroyed, the most in the province.

One of the worst off in terms of damage to homes is barely mentioned in the news as rescue teams were just penetrating it on December 21, according to a report by Digicast Negros.

Ilog town lost 10,637 homes. It  is host to Hilabangan River, the longest in Negros Island, which overflowed its banks like many other waterways in the province’s southern flank.

Clearing operations in Ilog and neighboring Cauayan town, which lost 4,476 homes, were still ongoing as of December 23.

Kabankalan City has 4,101 destroyed houses, and Sipalay City reported it has 3,000 destroyed homes after province reported 2,350.

The Hilabangan River Basin, which has an estimated basic area of 1,945 square kilometers, according to a 2015 University of the Philippines study, traverses these areas, as well as the badly damaged Negros Oriental towns of Jimalalud, Tayasan, Ayungon, Bindoy, Manjuyod, and Mabinay City.

Ilog, however, is the most vulnerable to floods because the river splits into two waterways surrounding the town.