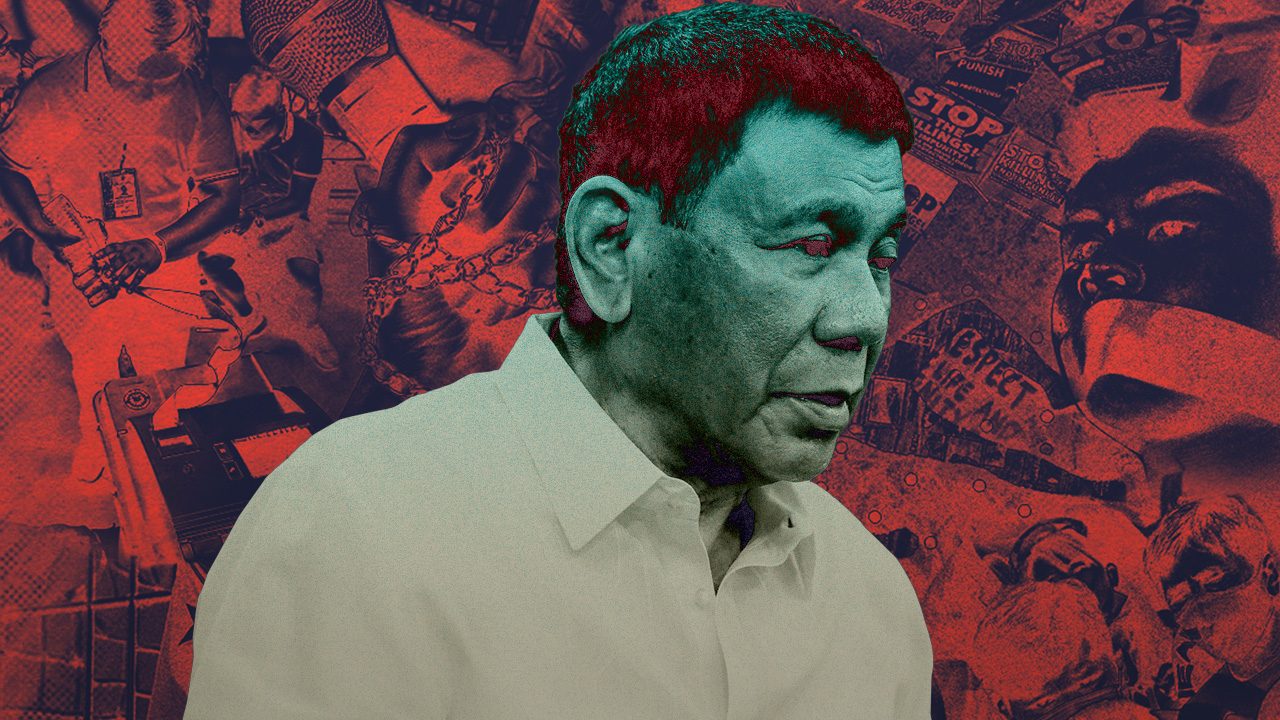 On June 30, 2022, at the stroke of noon, Rodrigo Duterte will cease to be Philippine president and will hand the reins to Ferdinand Marcos Jr. In the days leading to the presidential inauguration, Rappler looks back at Duterte’s legacy and what his six-year term meant for the Philippines.

This page features new in-depth reports, analyses, interviews, videos, and more about Duterte’s presidency. New content will be added all the way to June 30. A section at the bottom shows a curated list of Rappler’s stories from past years during Duterte’s term.

A man who ruled his southern city with little opposition became a president with little tolerance for, and understanding of, dissent, criticism, media, and democratic institutions meant to check his powers.

His promises swept him into the presidency, made our country and broke it, and present new challenges for the next leader.

The Leader, the Man

Curated Archive of Rappler In-Depth Stories About the Duterte Presidency

Duterte and His Alter Egos