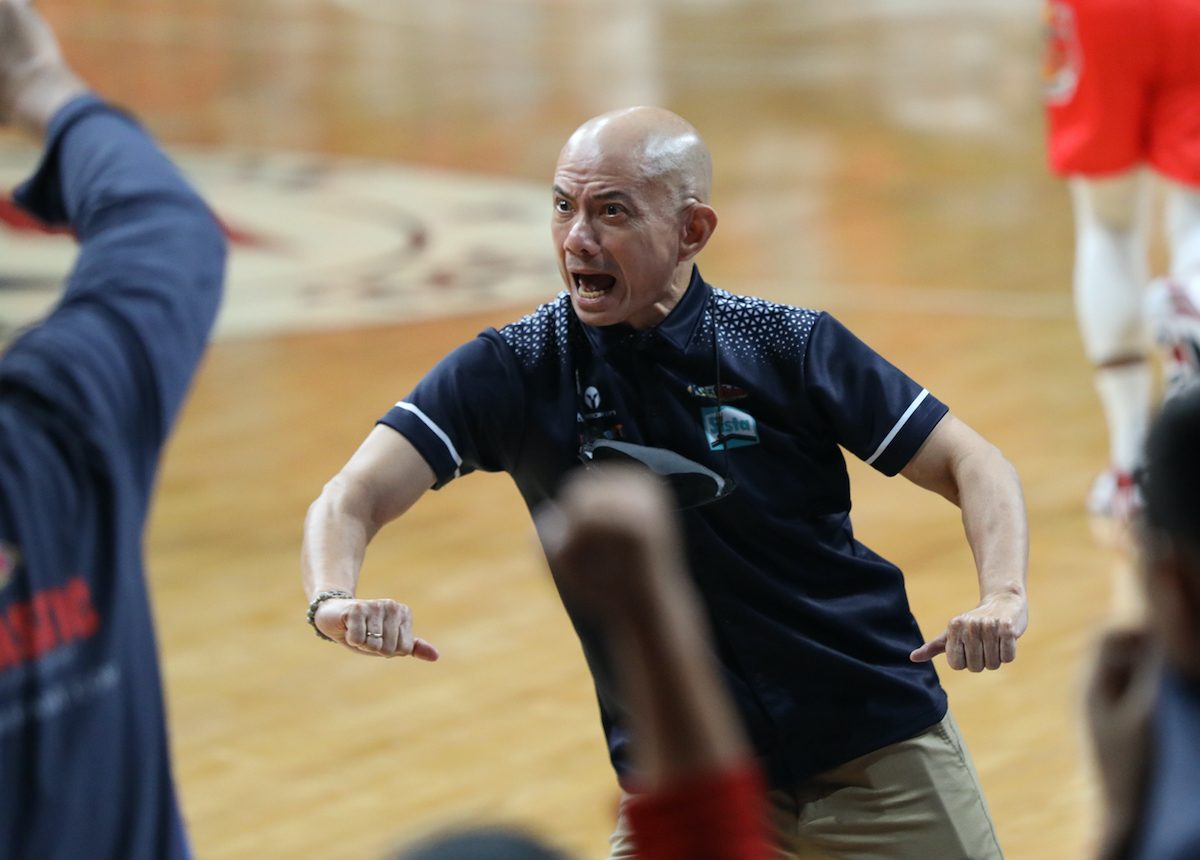 BACK AT IT. Yeng Guiao guides Rain or Shine back to the quarterfinals after a two-conference playoff drought.

MANILA, Philippines – Rain or Shine head coach Yeng Guiao admits he has no idea how to one-up foreign team Bay Area in the playoffs, conceding that the Dragons are too hot to handle for the up-and-coming Elasto Painters.

Rain or Shine clinched the last quarterfinal berth after pulling off a 110-100 win over NLEX in their sudden death on Sunday, December 4, but will not get any reprieve as it faces the top seed Bay Area in the next round.

On top of that, the Elasto Painters have no room for errors, with the Dragons boasting a twice-to-beat advantage.

“No matter how you prepare for that team, they have the advantage in everything,” Guiao said in a mix of Filipino and English.

Spearheaded by Myles Powell, Bay Area took the league by storm as it nailed the No. 1 seed in the quarterfinals after compiling a 10-2 record.

The former NBA player has been practically unstoppable, averaging a league-leading 37.3 points to go with 8.4 rebounds, 3 assists, and 2 steals as the Dragons never lost with Powell as their import, winning eight games.

One of those victories included a 33-point mauling of Rain or Shine, where Powell uncorked a conference-high 50 points on top of 10 rebounds.

Powell, though, is not the only player Guiao has to worry about.

The Dragons also bank on Glenn Yang, Kobey Lam, and Zhu Songwei, who are all averaging double digits in points, and 7-foot-5 big man Liu Chuanxing.

Guiao rued the disparity in talent between Bay Area and the local PBA clubs, saying the foreign squad is “not a team but a selection.”

“Before you can build a team here in the PBA, you have to wait every year for the draft,” said Guiao.

“When they arrived, they already have a team. But for us, we have to wait years to build a team.”

Guiao said the league should have leveled the playing field by allowing the local squads to bring in two imports instead of one.

“The [PBA] should have given us two imports so it can be a good fight. Because if they blow us out by 50 or 30, we’re going to be humiliated in our own league.”

While the odds are stacked against the Elasto Painters, Guiao has no plans giving the Dragons a free ticket to the semifinals.

“Of course, we’ll try to stay in there as long as we can.”

Rain or Shine will try to drag Bay Area to a rubber match when they meet on Friday, December 9, at the PhilSports Arena. – Rappler.com