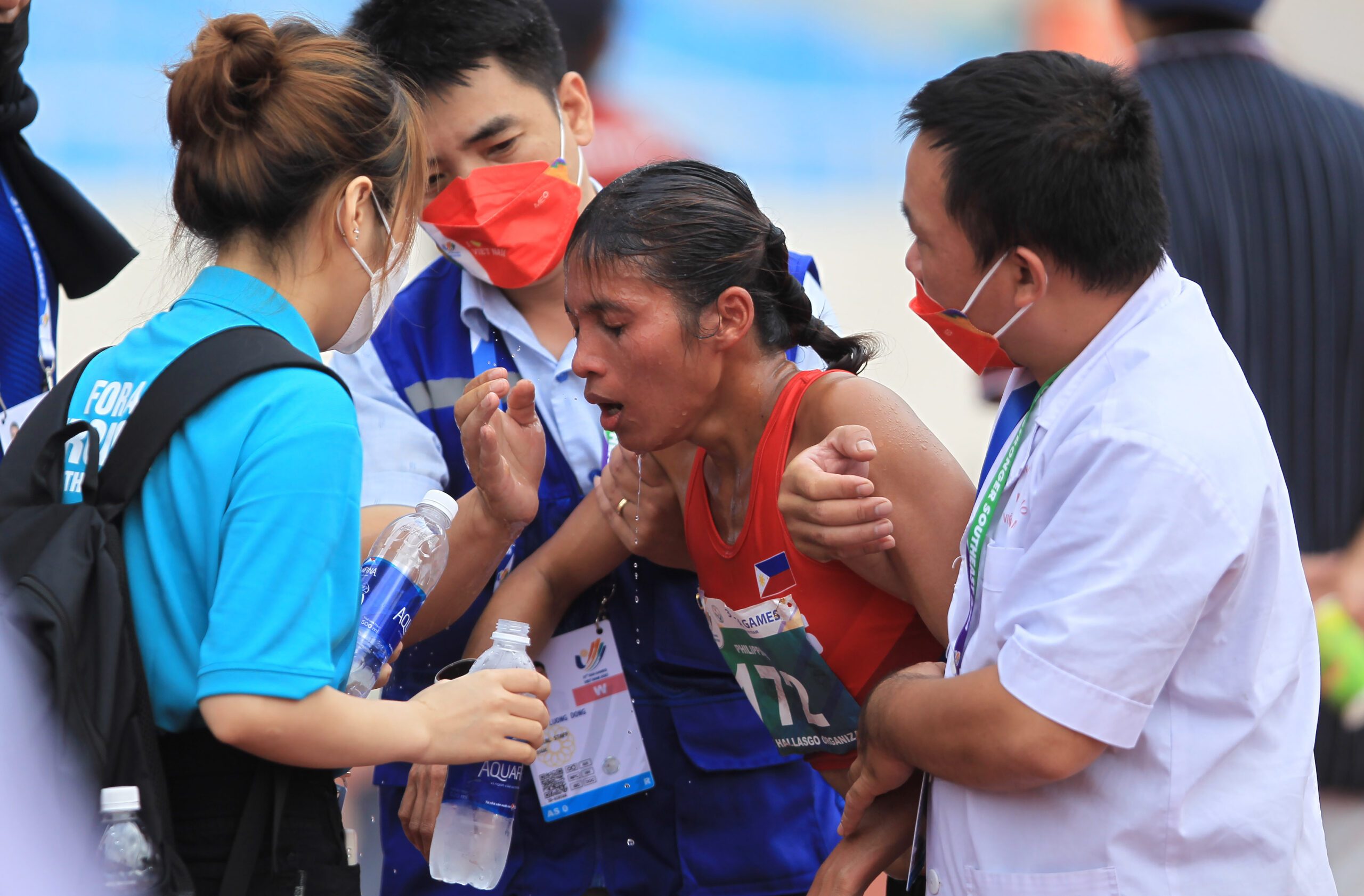 MARATHON WOMAN. A spent Christine Hallasgo delivers another medal to wrap up the Philippines' athletics campaign.

Facebook Twitter Copy URL
Copied
Christine Hallasgo falls short of defending the gold she won in the 2019 SEA Games as the Philippines ends the athletics competition with 5 golds, 7 silvers, and 14 bronzes

MANILA, Philippines – Christine Hallasgo snagged silver in women’s marathon as the Philippines concluded the Southeast Asian Games athletics competition in Vietnam with a 26-medal haul on Thursday, May 19.

Hallasgo clocked 2 hours and 56.07 minutes, finishing a minute short of defending the gold she won in the 2019 SEA Games.

She eclipsed her time of 2:56.56 in her golden run nearly three years ago, but Indonesia’s Odekta Naibaho proved to be faster by crossing the finish line first with a time of 2:55.28 for the gold.

Just like the past SEA Games, the Philippines landed at third place in the athletics medal tally, churning out 5 golds, 7 silvers, and 14 bronzes.

The only Filipina to bag an athletics gold in this edition, Kayla Richardson reigned in the women’s 100m to recapture the gold she won in the 2015 SEA Games.