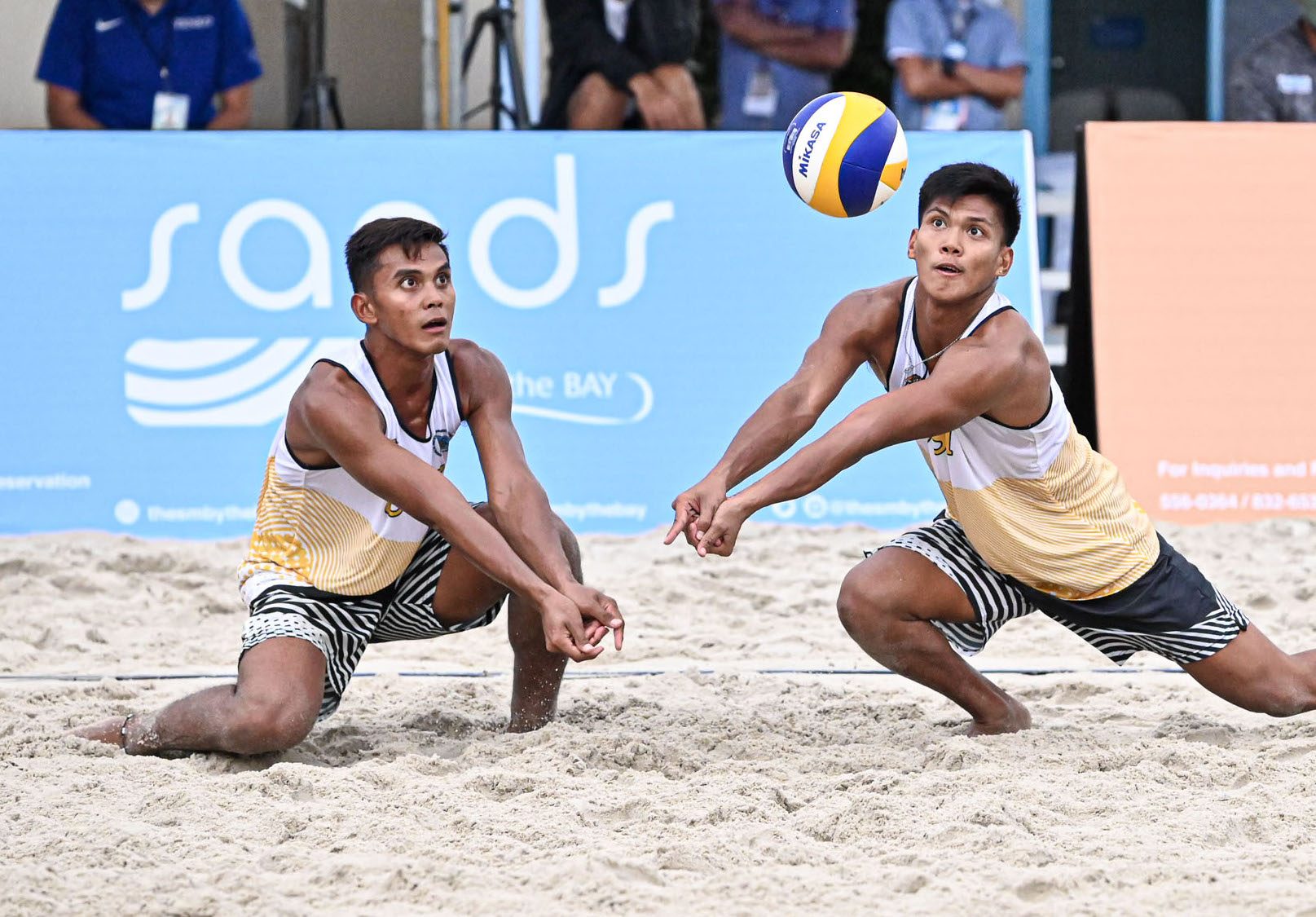 MANILA, Philippines – Defending champion UST handed Ateneo its first loss in the UAAP Season 84 men’s beach volleyball tournament at the Sands SM By the Bay on Saturday, May 28.

Efraem Dimaculangan and Rancel Varga downed the Ateneo pair of Abai Llenos and Amil Pacinio, 21-14, 21-19, as UST notched its second straight win after a season-opening loss to NU.

UST, which carved out a 21-19, 21-16 win over the UP duo of Daniel Nicolas and Louis Gamban in the morning session on Saturday, tied NU at third place.

“We were able to get two wins because we managed to lessen our errors,” said Varga, the reigning MVP, in Filipino.

Meanwhile, NU posted its second straight win after a shock season-opening defeat to La Salle as James Buytago and Pol Salvador overcame UP, 19-21, 21-19, 15-9.

La Salle, on the other hand, rebounded from its loss to Ateneo as Noel Kampton and Vince Maglinao outlasted the FEU tandem of Jelord Talisayan and Vincent Nadera, 25-23, 19-21, 15-11, to gain a piece of the lead at 3-1.

FEU and UP sport 1-2 and 1-3 records, respectively, while Adamson remains winless after three matches. – Rappler.com