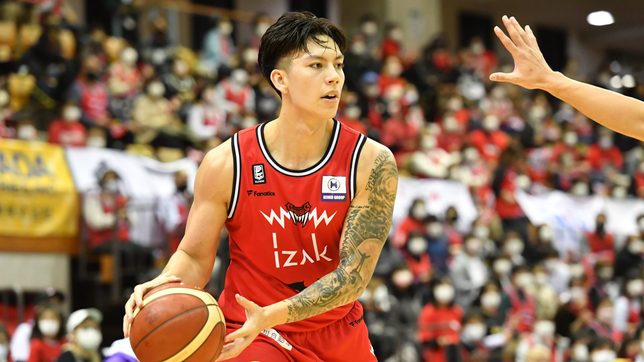 Facebook Twitter Copy URL
Copied
Ateneo may have missed the chance to field Dwight Ramos, but the new Japan B. League stalwart says he’s ‘most excited’ to see his brother Eli play in the UAAP

With the UAAP looking to open its 84th season in the first quarter of 2022, Gilas Pilipinas sensation and Toyama Grouses Asian import Dwight Ramos insists that Ateneo is still a tough team even without him in the fold.

Ramos, who is now making waves in the Japan B. League for the Grouses, was supposed to suit up for the Blue and White once the collegiate wars resume, but decided to turn pro after a stellar stint with the all-amateur Gilas squad in the FIBA Asia Cup Qualifiers.

“They (Ateneo Blue Eagles) should be a tough team even without me,” said Ramos in an interview with Rappler.

“They have a lot of seniors that have been waiting a long time as well as new young guys on there,” he added.

Also in the Blue Eagles’ nest for the upcoming season are top recruits Chris Koon, Forthsky Padrigao, and Joshua Lazaro, among others.

Given the depth of the three-peat defending champions, Ramos, though, is most looking forward to the debut of his younger brother Eli, who will finally get the chance to showcase his wares in the UAAP after spending a year with Team B in 2019.

“Of course I’m most excited to see my brother play there. We were both super excited to play for Ateneo,” said Ramos.

“But unfortunately, it’s only one of us that can play,” he added.

Earlier this year, the 23-year-old Ramos admitted that the instability in the Philippine basketball scene caused by the COVID-19 pandemic led him to look for another path where he could keep his young and rising career going.

He is coming off a double-double performance of 16 points and 10 rebounds in the Grouses’ 90-89 win over former Ateneo King Eagle Thirdy Ravena and the San-En NeoPhoenix prior to the league’s three-week break.

Ramos and the Grouses will look to ride on their hot momentum and extend their winning streak to four games when they take on the Ryukyu Golden Kings on Saturday, December 4 at 1:05 pm, Manila time. – Rappler.com