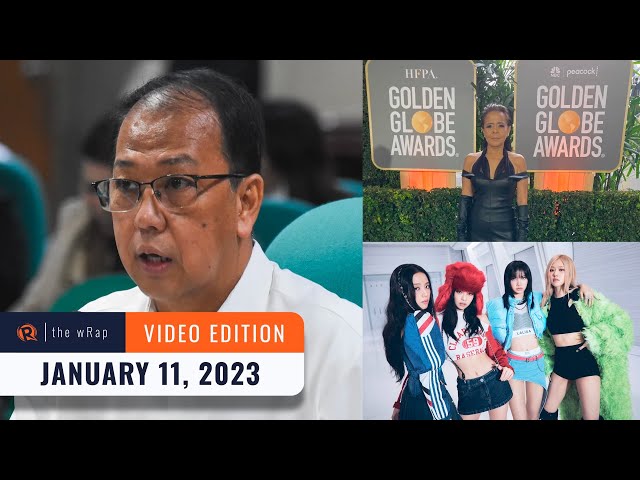 The Philippines’ new defense chief Carlito Galvez Jr. tells senior members of the Department of National Defense to ‘stay in place’ as he takes the helm.

Filipino households consuming 200 kilowatt-hours should expect an additional P125 in their next electricity bill, as the Manila Electric Company or Meralco declares a rate increase.

The Civil Aviation Authority of the Philippines says the Philippines is suffering from a brain drain of qualified air traffic controllers as they chase more competitive paychecks abroad.

Bad weather forces President Ferdinand Marcos Jr. to skip his visit to flood-devastated Oroquieta City, but he proceeds to distribute aid to flood victims in another area in Misamis Occidental and Misamis Oriental.

It’s official! BLACKPINK will be the first K-pop act to headline Coachella. The annual US music and arts festival unveils its full lineup, with Bad Bunny, BLACKPINK, and Frank Ocean as the headliners. — Rappler.com