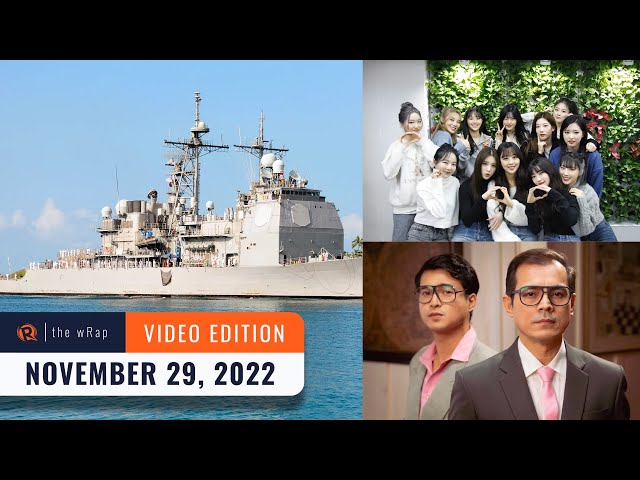 China’s military says it drove away a US guided-missile cruiser that “illegally intruded” into waters near the South China Sea‘s Spratly Islands, an assertion the US Navy disputes.

Transportation Secretary Jaime Bautista shares his plans to improve the Ninoy Aquino International Airport, following a report that found NAIA the third most stressful airport in Asia and Oceania.

The House of Representatives unanimously passes a bill that seeks to further protect women from discrimination in the workplace.

South Korean President Yoon Suk-yeol warns of an unprecedented joint response with allies, if North Korea goes ahead with a nuclear test.

BlockBerry Creative denies reports that nine members of K-pop girl group LOONA are working to suspend their exclusive contracts with the agency.