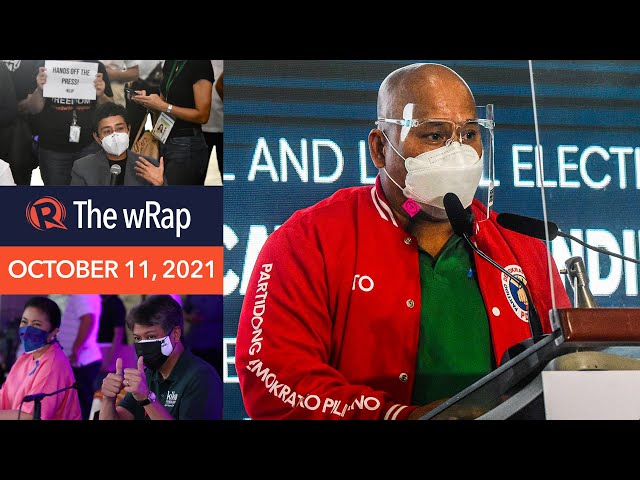 Senator Bato dela Rosa admits on Monday, October 11, he was surprised how he ended up as the PDP-Laban Cusi wing’s presidential bet for the 2022 elections.

Vice President Leni Robredo and her running mate, Senator Kiko Pangilinan, will strive to run a ‘people’s campaign’ in the high-stakes 2022 elections.

Prominent doctors express outrage over President Rodrigo Duterte’s ban on executive officials from appearing in the Senate’s probe into the alleged corruption in the Philippines’ pandemic response.

The Commission on Elections resumes voter registration on Monday, October 11. This comes after demands from various groups and lawmakers to extend the registration for the 2022 elections until end of October.