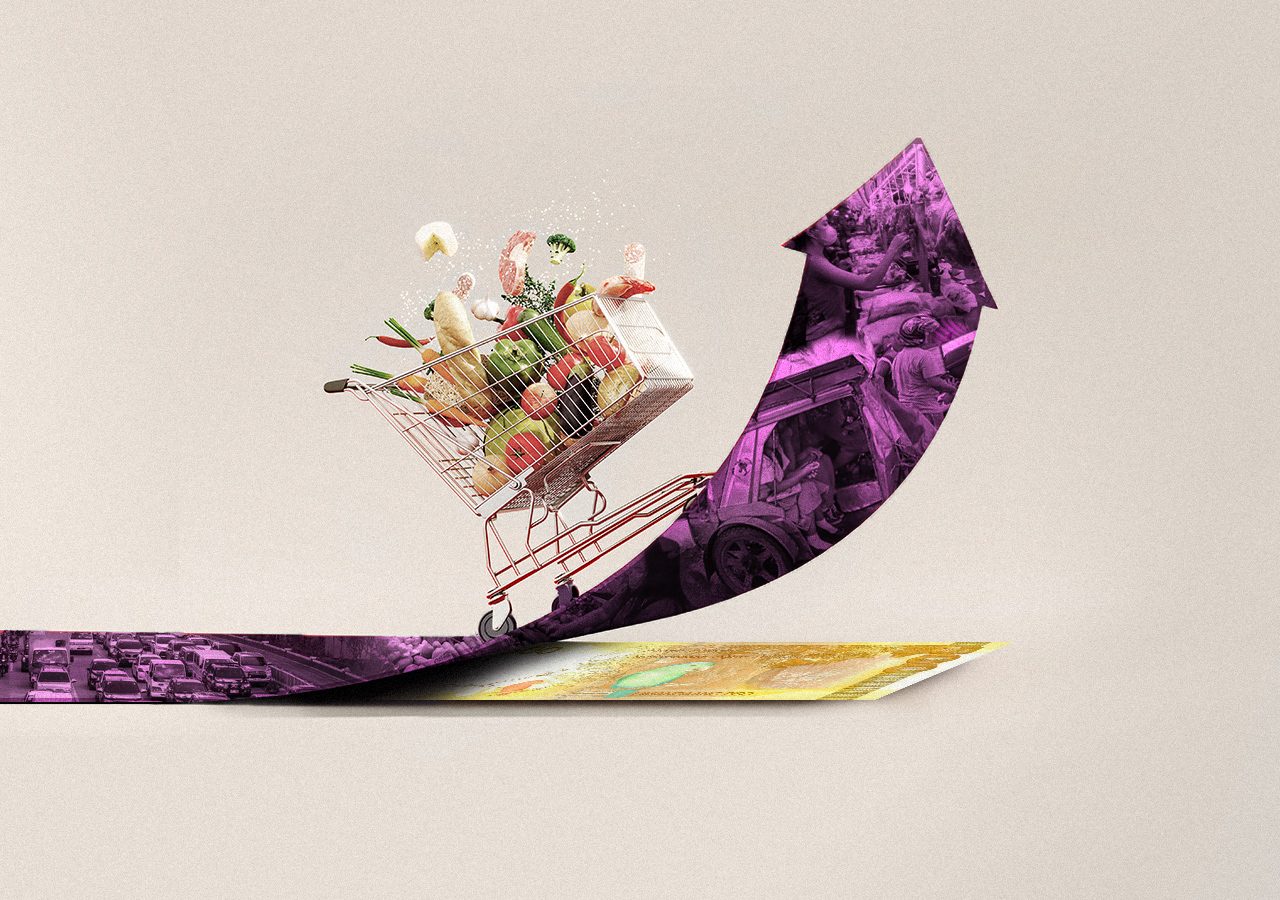 Facebook Twitter Copy URL
Copied
If global problems remain and the Marcos government keeps on dawdling instead of resolving our own supply issues here at home, P500 will keep flying off our hands at an alarming rate

One of the highlights of Filipino life in 2022 is the extraordinary acceleration of prices, or the fast rise of inflation. In November, inflation reached 8%, a 14-year high.

This is captured by something I keep on hearing recently: “P500 is the new P100.” When I tweeted that on December 20, it exploded with nearly 42,000 likes and 2.4 million views so far. So many of us could relate to the idea.

User @keelvin_dajao said, “The inflation is damning, overwhelming, and relentless.”

My friend Peter Cayton, a statistics professor at UP, looked at the data and shared (on Twitter as well) that today’s P500 is equivalent to P100 back in December 1990 or January 1991.

But it feels like you don’t have to go that far back in time to see how fast the value of the peso has fallen.

One of the starkest examples of inflation today is red onions.

From December 2021, its price has tripled in public markets (or even more than tripled in others), as shown in Figure 1.

Today you can buy red onions for P600/kg, to as much as P750/kg in some places. That implies an annual inflation of about 200%, which is 25 times the overall inflation rate.

The extraordinary price of red onions has inspired a number of memes and cartoons. The most recent I saw is a simple picture of onions and garlic being sauteed, with the caption: “Ostentatious display of wealth 🧅.”

Red onions and chili stand out as the agricultural commodities that have inflated the most over the past year. But many other goods have inflated a lot. These include white potatoes (106% inflation rate), brown sugar (94%), Baguio beans (94%), washed and refined sugar (85% and 82%, respectively), tomatoes (75%), pechay Baguio (63%), and cabbages (50%).

The reason we feel inflation so much is because food items form a large part of a typical Filipino household’s budget. So much so that food contributes nearly half of all inflation.

The root cause of the onion situation, of course, is the ongoing shortage, which the Marcos government has a difficult time admitting. Domestic production has long been struggling and deserves more support from government.

In the short run, a quick solution to abate the red onion inflation is simply to import more red onions.

But this should’ve been done months ago (around August), because doing it now – at the start of the harvest season – will make onion prices plummet so much, to the detriment of local farmers. Yet another bungled policy by the sitting agriculture secretary. Who’s he again?

To make matters worse, the government is insensitive to the plight of the people. An agriculture deputy spokesperson recently advised the public not to buy one whole kilo of red onions if they can’t afford it. He said, “To be reasonable and practical, let’s not buy one kilo. Let’s just buy what we can for now.”

This brings to mind how the Duterte administration washed its hands and blamed ordinary people for the spread of COVID-19 at the start of the pandemic.

Additionally, the Marcos government is telling people to buy red onions from so-called Kadiwa stores (originally a project of the late dictator Ferdinand Marcos during Martial Law), where foodstuff are sold at lower, subsidized prices.

But how many Kadiwa stores are there, exactly? Are they enough to cater to the needs of millions of Filipino households nationwide?

Most recently, the Department of Agriculture issued an administrative circular setting a “suggested retail price” of P250/kg for red onions.

But will sellers really follow that when the farmgate price of onions is already above that, according to some farmer groups?

When will inflation peak?

Apart from food, non-food items have contributed a lot to inflation as well.

This is captured by the fact that “core inflation” (which excludes food and energy items) continued to increase in November and reached 6.5% (Figure 3).

Electricity, rent, and transportation fares (for jeeps, tricycles, buses) are some of these non-food items that contributed a lot to inflation.

Unlike the spell of high inflation in 2018, which peaked in September and October that year, 2022’s spell hasn’t peaked yet. The Bangko Sentral ng Pilipinas expects inflation to fall between 7.8% and 8.6% in December.

But if global problems remain (e.g., the restriction of supply lines due to the continuing Russian invasion of Ukraine), and the Marcos government keeps on dawdling instead of resolving our own supply issues here at home, P500 will keep flying off our hands at an alarming rate. – Rappler.com

JC Punongbayan, PhD, is an assistant professor at the UP School of Economics. His views are independent of his affiliations. Follow JC on Twitter (@jcpunongbayan) and Usapang Econ Podcast.

How cold storages can save, empower onion farmers to feed the nation

Consumers’ pain worsens as inflation climbs to 8.1% in December 2022