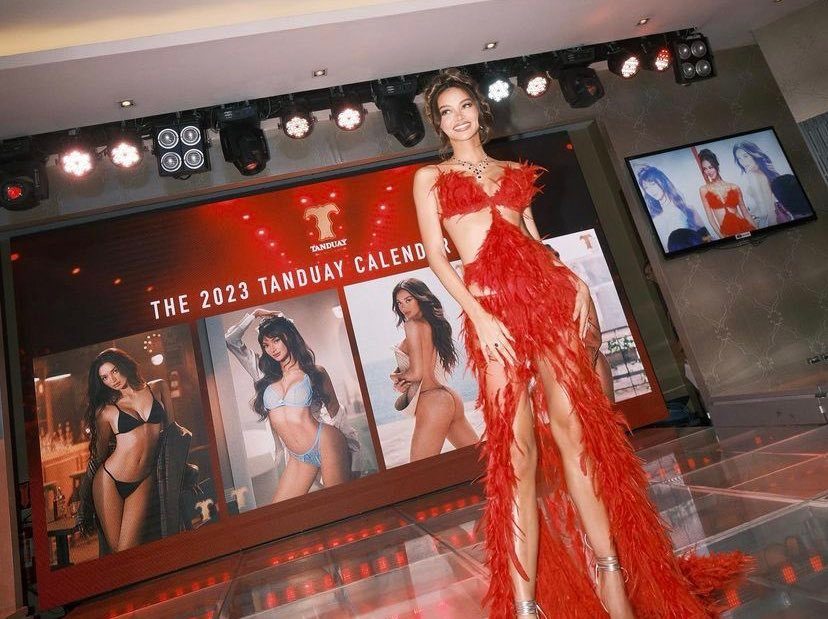 The liquor brand shared a 30-second video compilation of Kylie’s behind-the-scenes clips for their calendar shoot. The beauty-queen-turned actress looked sultry in several outfits, including lingerie, a silver-embellished dress, and a neon green top.

On Instagram, Kylie shared a photo of her in the 2023 calendar, where she is seen wearing a bikini with only a straw hat covering her torso.

She also shared several clips from the shoot and the launch. “So happy to be part of the Tanduay family,” she said.