MANILA, Philippines – A court in Bacolod convicted for murder and sentenced to reclusion perpetua two Army intelligence officers for the killing of Negros activist Benjamin Bayles in June 2010, a bittersweet result for his lawyers.

The National Union of Peoples’ Lawyers (NUPL), who represented Bayles, said “it’s a tragedy that people have to die before you vindicate yourself.”

One of Bayles’ NUPL lawyers was Benjamin Ramos who was himself killed in 2018, among the 66 lawyer killings under the presidency of Rodrigo Duterte.

“We’re not jumping for joy. We’re not celebrating because mixed feeling, wala na si Ben sa amin, wala na rin si Ben Bayles (we lost Ben, and we lost Ben Bayles)…It is a tragedy that people have to die, get tortured, imprisoned, before you even vindicate yourself,” NUPL president Edre Olalia, also one of Bayles’ lawyers, told Rappler in a phone call Tuesday, April 19.

The NUPL announced Monday, April 18, the March 31 decision of the Bacolod City Regional Trial Court Branch 42 finding army officers Rafael Cordova and Reygine Laus guilty beyond reasonable doubt for the crime of murder. They were sentenced to reclusion perpetua or a maximum of 40 years in prison.

“This is for you, Ben and Ben. This is a clear message and warning to those who think there is immunity for impunity. But most of all, this is for those still waiting for justice to be served. Have faith. It will come somehow, sometime,” Olalia said. 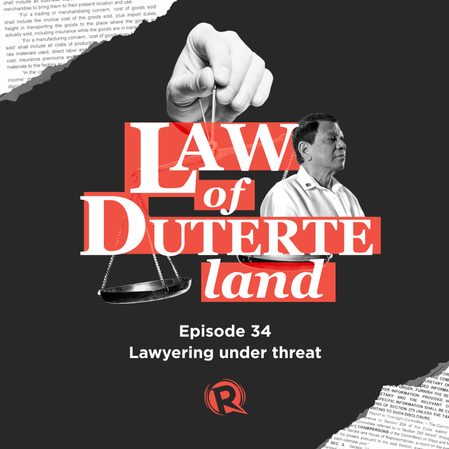 The Bacolod court convicted Cordova and Laus, members of the 61st Infantry Battalion, 3rd Infantry Division of the Philippine Army, because of two eyewitnesses to the shooting and one woman they used for surveillance.

One of the eyewitnesses was Bayles’ companion on June 14, 2010 when the two killers on board a motorcycle shot Bayles by the roadside in Himamaylan town in Negros Occidental. The eyewitness, son of Bayles’ friend, was beside the victim when he was shot.

“I saw Benjie Bayles jerking, falling in the canal,” said the eyewitness, crying on the stand at a court hearing. The eyewitness ran toward a rice field, made sure the motorcycle was gone before returning to Bayles sprawled on the road “blood oozing from his mouth.”

The other eyewitness was a tricycle driver who saw the shooting from a close distance. The shooting happened in daylight, around 4:30 in the afternoon.

The third witness was a woman whom the two Army intelligence officers visited twice in April and May 2010 to surveil Bayles. On the second visit, the woman said she was threatened into admitting that she is also a member of Bayan Muna while “holding a cutter as he was looking at me sharply as if he will hack me,” read court records.

The two were arrested the same day of the shooting in a police chase on a road in the area. The defense alibi was that the two were on leave that day, and were simply driving by. They presented negative results for gunpowder nitrates and ballistic examinations showing that the bullets that killed Bayles did not come from the guns that they surrendered.

Judge Bernad said these did not overcome eyewitness testimony as “accused could have easily used different .45 caliber firearms [and] it was also possible that they surrendered to the police a different firearm from the one they actually used to kill the victim.”

The court also received certification from the Philippine National Police (PNP) that at the time of the killing, the two, although they were “bona fide members” of the Army, were “not licensed/registered firearm holders of any caliber.” ‘It’s only a question of time’

The convictions in the Bayles killing add to a string of legal victories for human rights defenders.

Since 2021, courts nationwide have freed and cleared 25 activists, some after hearing merits in a full-blown trial. Of those 25, there were 20 who were freed after the search warrant was quashed. In fact, one of those decisions that quashed a search warrant was by the same judge in Bacolod, Ana Celeste Bernad.

According to the records of the Bayles case, it was the Department of Justice (DOJ) that requested the transfer of the case from Himamaylan to Bacolod in 2019.

“We look at this not as a celebratory milestone, but nonetheless, it is also very cynical to downplay the efforts of the human rights defenders, the witnesses, this is also a tribute to their courage and determination,” said Olalia.

Olalia said it’s also tragic that only the small fish fell this time, making reference to the case of the disappeared UP students Karen Empeño and Sherlyn Cadapan that involved the conviction of big fish, retired major general Jovito Palparan. He is now serving time in Bilibid, although allegedly enjoying special treatment.

“We treat it with ambivalence. But nonetheless, we need all the reassurance that this is not totally useless, notwithstanding the institutional, legal, procedural, and political obstacles, you can push back, and it’s only a question of time,” said Olalia. – Rappler.com