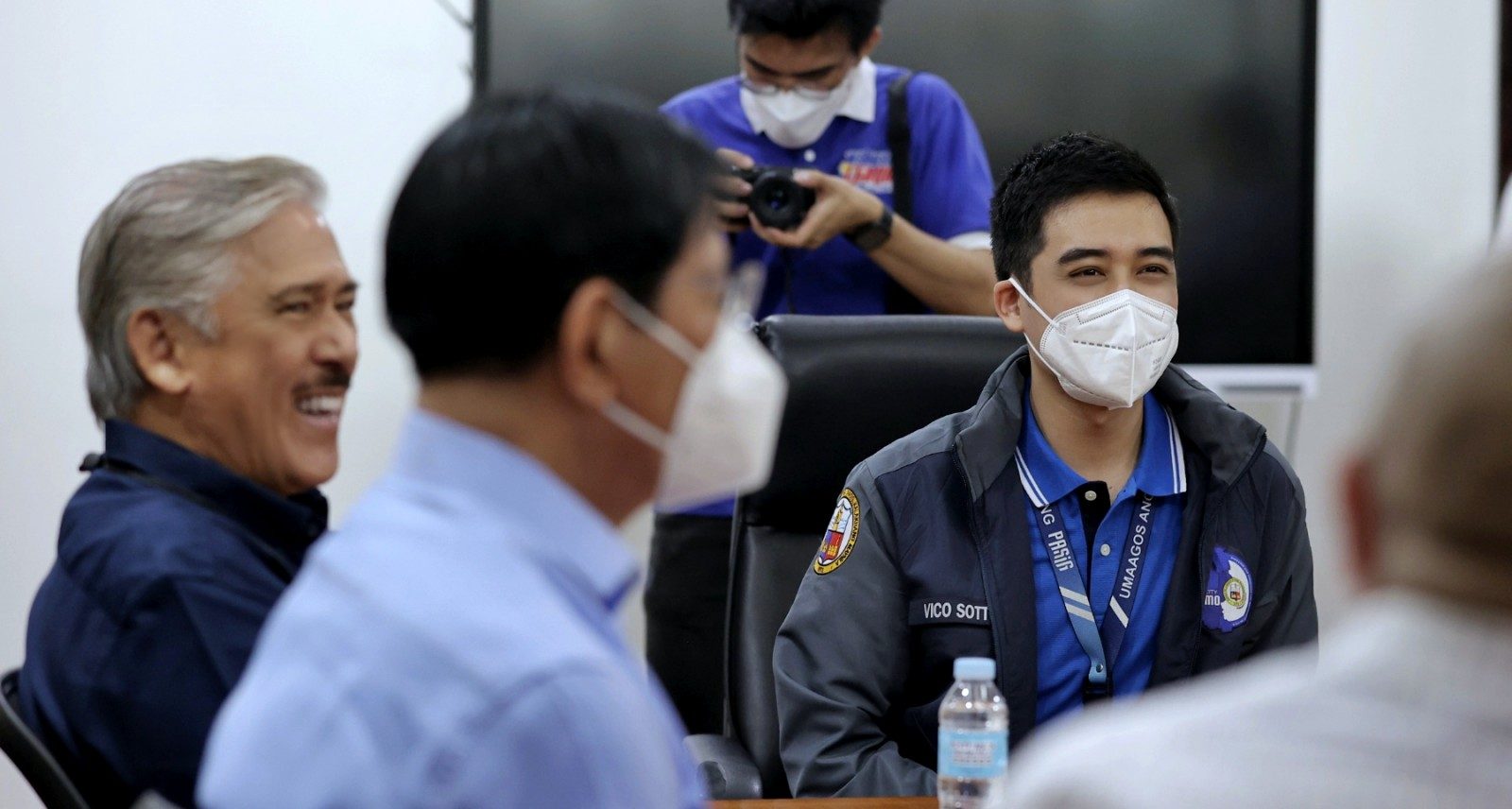 MANILA, Philippines – When they visited Pasig City on Wednesday, March 9, Senators Panfilo Lacson and Vicente Sotto III made the most out of Sotto’s nephew and godson, the city’s very own mayor, Vico Sotto.

The tandem first met up with Vico inside his office at city hall, bringing along with them Vico’s father, celebrity Vic Sotto. From their team, only Lacson, Sotto, and guest senatorial candidate, former senator Gringo Honasan appeared in Pasig. All other senatorial candidates, both mainstays and guests, were attending campaign events of their own.

Pasig congressman Roman Romulo was also in the meeting. Romulo is Lacson’s godson in marriage, the senator said.

After the city hall gathering, Senate President Sotto disclosed to reporters that they were not expecting an endorsement from his nephew, but he found the gesture of welcoming them to be enough. Sotto acknowledged that Mayor Vico had earlier said he would not meddle with national politics. Mayor Vico himself is running for reelection under Aksyon Demokratiko, whose standardbearer is Manila Mayor Isko Moreno.

“The best thing is that we were received…It’s more than enough. It says a thousand words,” Sotto said in an interview.

From the mayor’s office, the tandem headed to the Pasig Mega Public Market, where a stage had been set up for them to speak with hundreds of supporters. They did not fail to mention Mayor Vico in their speeches.

“Mayor Vico Sotto has no stain of corruption…We have the same mindset,” Lacson said, triggering applause from the crowd.

“Aside from your mayor being my godson, I am here to remind you that the bill that turned Pasig into a city was sponsored by me,” Sotto said, referring to Republic Act 7829 of 1994.

He also reminded them that he endorsed Vico in the 2019 polls, where Vico delivered an upset win over the long-entrenched Eusebio clan, defeating incumbent Bobby Eusebio by over 80,000 votes.

“Back then I told you my godson would be a good mayor, am I right?” Sotto said, the crowd shouting back with a yes.

“I am now saying now that my partner now will be a good president, Senator Ping Lacson,” Sotto said, the crowd responding with cheers.

Vico Sotto, the Prince of Pasig, must prepare for war

Pasig City is home to over 320,000 voters. It is only the 2nd city in Metro Manila that the Lacson-Sotto team set up camp, after holding their first post-proclamation sortie in Quezon City on February 9.