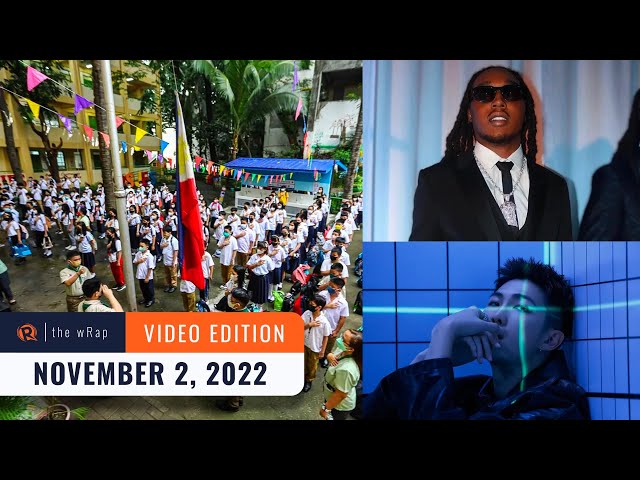 After more than two years of forced campus shutdowns due to the COVID-19 pandemic, public elementary and high schools return to five days of face-to-face classes a week on Wednesday, November 2.

Transcripts of the 11 emergency calls made before a Halloween party crush that killed more than 150 people in Itaewon, Seoul reveal the growing fear of revelers and how they urged police to intervene.

Takeoff, a member of the influential rap group Migos, is shot and killed at a party held at a Houston bowling alley early on Tuesday, November 1.

Heartstopper actor Kit Connor claims he was forced to come out as bisexual after some online users accused the actor of “queerbaiting.”

RM, leader of K-pop powerhouse BTS, is set to make his solo debut! According to a Soompi report, a source from BIGHIT MUSIC confirms the idol is “currently in preparations” for his solo album. — Rappler.com