Pacquiao attributed the closure to the President’s grudge against ABS-CBN. 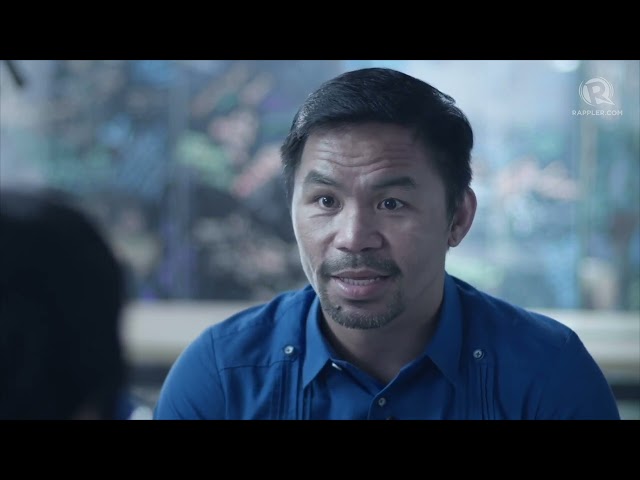 (I opposed that. I was against the decision of the President to close down [ABS-CBN] because what about the thousands of employees? The 11,000 employees who will lose their jobs, they were not part of what angered him, right?)

Malacañang has since washed its hands on the issue of the closure of ABS-CBN, pinning the blame on the House of Representatives for its failure to approve the media giant’s franchise.

During Senate hearings in 2020, it appeared that what angered the President was the anti-Duterte ad that ran on ABS-CBN, paid for by then-senator Antonio Trillanes IV.

(I said, to my surprise, “They were not part of what angered you, the people who were working. They will lose their jobs, I pity them. And it’s during a pandemic.”)

Pacquiao said that the President could have gone to court or talked to ABS-CBN about it, instead of letting thousands of employees suffer. He said he hoped to see ABS-CBN back on the air because it helps provide information.

(That was my stand before. But that’s the decision of the President. We cannot do anything about it because it already happened. But I hope ABS-CBN returns on the air.)

On cases filed against Rappler, Pacquiao maintained his stance that Duterte and the government should have remained cordial instead of threatening the press.

(Same thing with Rappler. For me, you are just doing your jobs. That’s what they need to respect. If there are corrections, they shouldn’t confront it in a different way.)

He reiterated the importance of press freedom, saying that the media played a critical role in providing information.

(We need press freedom… They are doing their job by informing the public about what is happening, and updates on our country. That is really important. We need them.)

In 2021, the Philippines slipped two more places ranking 138th out of 180 nations, in the Reporters Without Borders’ World Press Freedom Index. The main reasons were the cases against Ressa and Rappler, the shutdown of ABS-CBN, and the red-tagging of journalists. – Rappler.com