Robredo says red-tagging Caviteños by Remulla, Lacson an ‘insult’ to their province mates 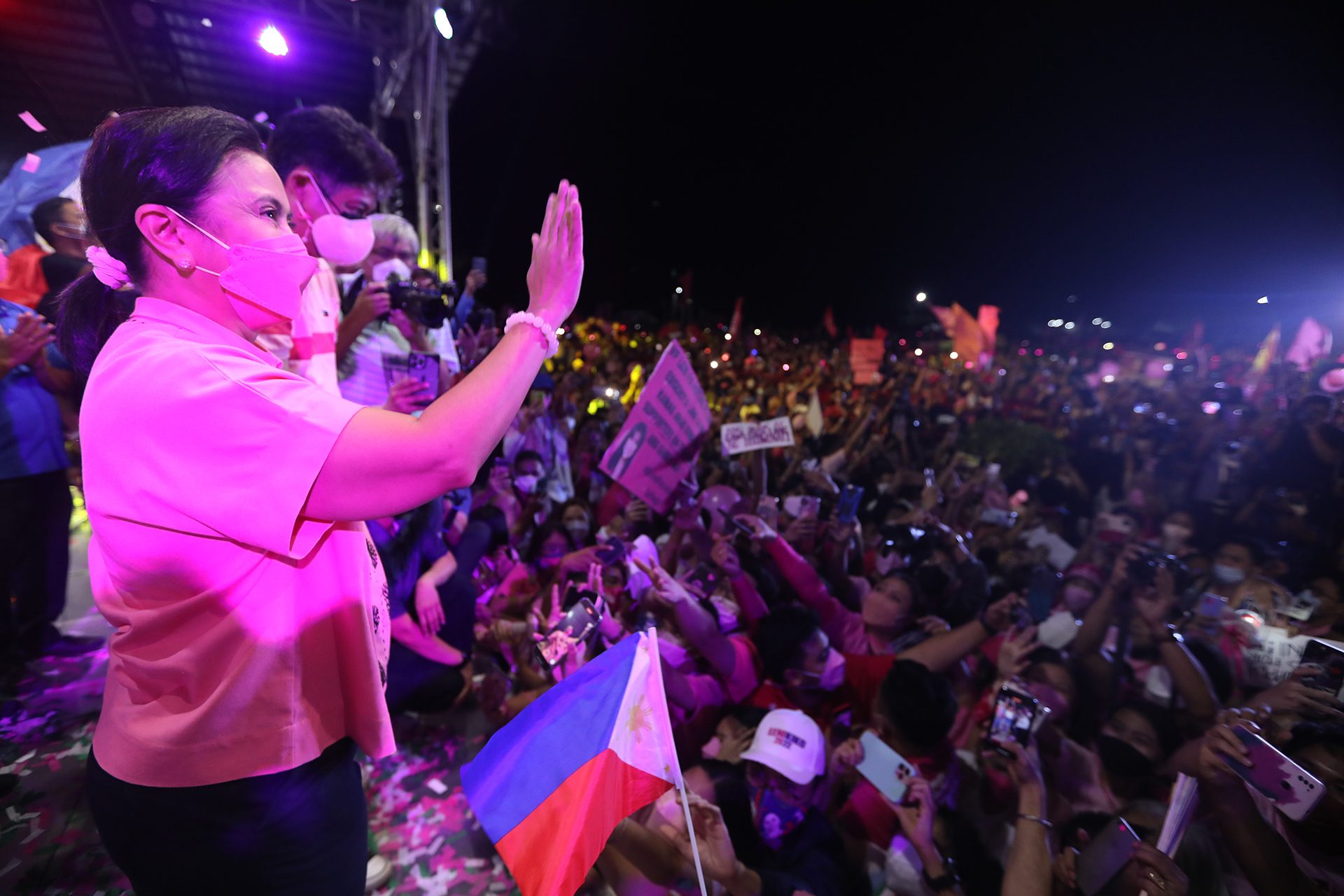 A massive crowd of around 47,000 supporters of presidential aspirant Vice President Leni Robredo packed the General Trias Sports Park in Cavite for a Grand Rally on Friday, March 4. Robredo, her running mate Sen. Kiko Pangilinan, and their senatorial slate were met by thunderous cheers from the mostly young audience. The rally capped Robredo’s tour of the province that began 14 hours earlier. (VP Leni Media Bureau)

Facebook Twitter Copy URL
Copied
(1st UPDATE) Presidential candidate Vice President Leni Robredo says she doesn't pay crowds to join her rallies, as she would only make a fool out of herself in doing so

Speaking during the Kandidatalks Go Negosyo Forum on Monday night, March 7, Robredo denied Remulla’s claim that she allegedly paid P500 each to the 47,000 Caviteños who trooped to her grand rally in General Trias City last Friday, March 4.

(That’s an insult to their province mates. I was there, I saw the people. The energy of the crowd, from start to finish, wouldn’t be that way if they were just paid to be there. I didn’t see any trucks or buses that brought people in.)

The lone female presidential candidate argued she is not the type to pay crowds to attend her rallies. First, she does not have the money to do that. Secondly, she is only going to make a fool out of herself in doing so.

(Because if we are going to pay the attendees, who are we joking? We’re just going to make a fool out of ourselves. It’s better for the crowd to be organic so we can assess just how strong we really are.)

“Pero ako nalulungkot ako na magre-resort sa ganito, na hindi pinapahalagahan ’yung dignidad ng mga taga-Cavite (But I am said that they are resorting to this, that they are not valuing the dignity of Caviteños),” she added.

Robredo’s mammoth rally in General Trias City surprised even the most passionate of her supporters, as the well-entrenched Remullas and Revillas of the country’s second most vote-rich province have already pledged allegiance to the front runner, the late deposed dictator’s son and namesake Ferdinand Marcos Jr.

Governor Jonvic Remulla, brother of Boying, had promised to deliver 800,000 votes for Marcos. In turn, Robredo supporters’ rallying cry during General Trias City rally was that they were the “800,000 minus one” defying the ruling elites in their province. 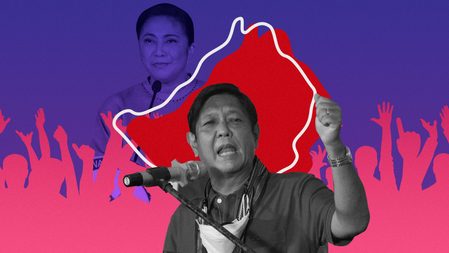 A day after Robredo’s grand rally, Remulla accused Robredo of paying the crowd and claiming they were “hakot,” or that they were brought in from outside Cavite.

He then went on to say that among those in the crowd were student activists who were allegedly “trained” by the National Democratic Front, the political arm of the Communist Party of the Philippines.

Presidential candidate Lacson – who also hails from Cavite – then retweeted a news article on Remulla’s allegations. The former police general turned lawmaker argued that a government forming a coalition with communist groups would be “worrisome.”

Robredo, however, said it was “irresponsible” for the two Caviteño politicians to make these claims without an ounce of proof.

(If you have proof, then show it. but don’t just make these very irresponsible accusations… I didn’t see any indication that we could be accused that we are conspiring with anybody.) 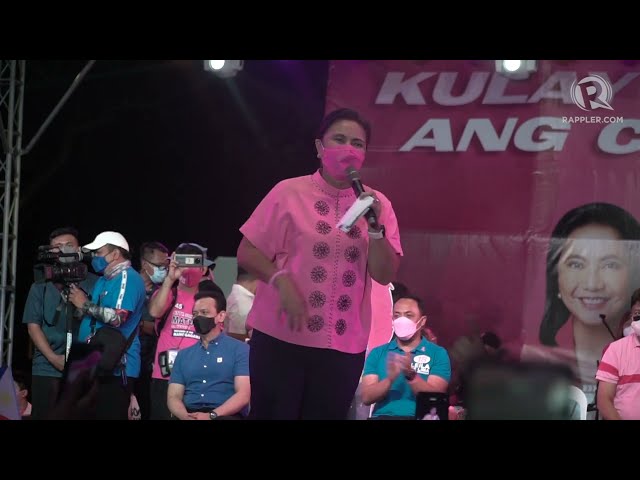 The Robredo People’s Council-Cavite, which helped organize the General Trias City rally, already condemned Remulla and Lacson’s claims. The group said the accusations were malicious, damaging to their reputation, irresponsible, and baseless.

There has been a recent trend in Robredo’s grand rallies being attended by tens of thousands across provinces. But Robredo remains a far second placer to Marcos in the latest pre-election surveys. Robredo is unfazed, however, believing the polls have yet to capture what is happening on the ground.

Former senator Antonio Trillanes IV, who is running under the Robredo-Pangilinan Senate slate, said the support for the tandem among a growing number of retired military and police should disprove the red-tagging of Robredo as well as the conspiracy theory against her camp.

“Former AFP and PNP chiefs, all anti-insurgency veterans, have come out for Leni, and their support belies the fake news peddled by conspiracy theorists,” Trillanes said in a statement on Wednesday, March 9.

Trillanes said that if Robredo’s critics “have even an iota of doubt on her ability to lead, the retired generals will not put their hard-won reputation on the line by saying that the vice president is ready to step up as commander-in-chief.”

He said the former generals are “consumers, writers, assemblers” of intelligence reports, “so they know  that the black propaganda against the Vice President is ‘bad intelligence.’”

He said those attempting to undermine the huge Robredo rallies by alleging that the participants are “either paid or red” are “taking a leaf out of the Martial Law propaganda handbook.”