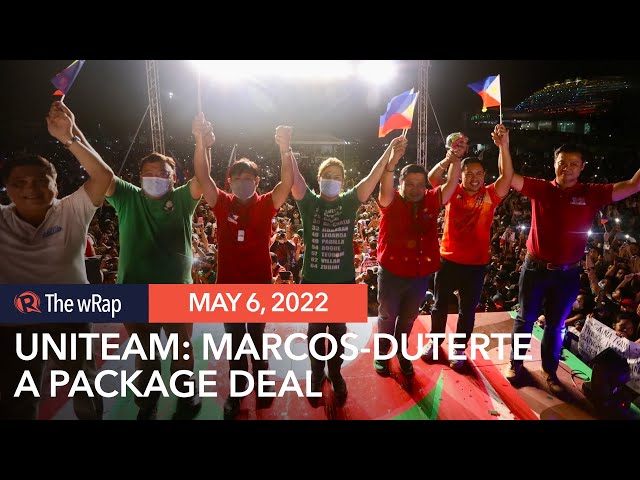 TAGUM CITY, Philippines – The miting de avance of UniTeam in Tagum City on Thursday, May 5, saw senatorial bets of Ferdinand Marcos Jr. and Sara Duterte appeal to voters to pick both candidates. 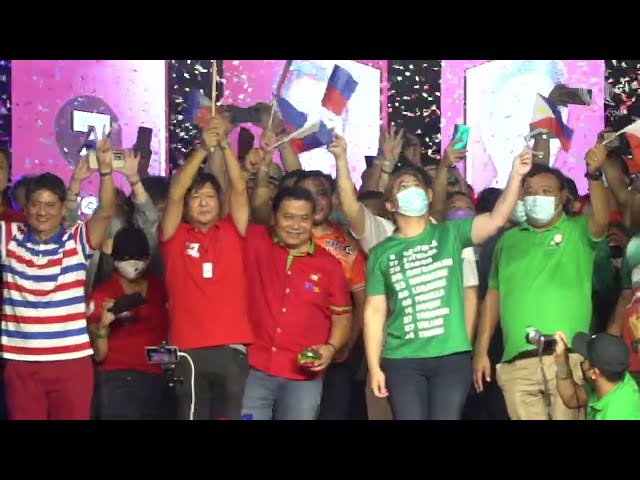 “Salted egg” is an insult to Robredo. It describes her as someone who has a pink exterior, but with a yellow heart. Robredo’s campaign color is pink, while yellow is associated with the Liberal Party.

(Let us unite authentically, because there is no other important principle but unity for the betterment of the future of our nation… let’s be solid and vote for BBM and Sara and help them this May 9) 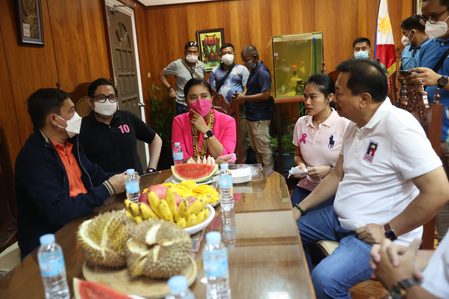 Alvarez’s pledge of allegiance to Robredo helped her secure the support of Davao del Norte Governor Edwin Jubahib, and nine of the 11 mayors in the province, including Tagum City Mayor Allan Rellon. The local leaders raised Robredo’s hands twice during a grand rally last April 8 attended by some 35,000 people.

Tagum City is also important for UniTeam, as this is where Marcos and Duterte made their first public appearance together after declaring their tandem back in November 2021. – Rappler.com