Residents of Binondo, Manila queue to receive their ECQ Ayuda from the DSWD at the Jose Abad Santos High School on August 11, 2021. Rappler

MANILA, Philippines – Since 2020, the Philippine government has been rolling out additional financial assistance programs to distribute cash aid for Filipinos’ economic recovery during the COVID-19 pandemic.

Despite no recent announcements from the national government related to this, several posts claiming otherwise have circulated online.

Here is a compilation of false claims we have debunked on additional cash aid or “ayuda” distributions from the national government and government officials. 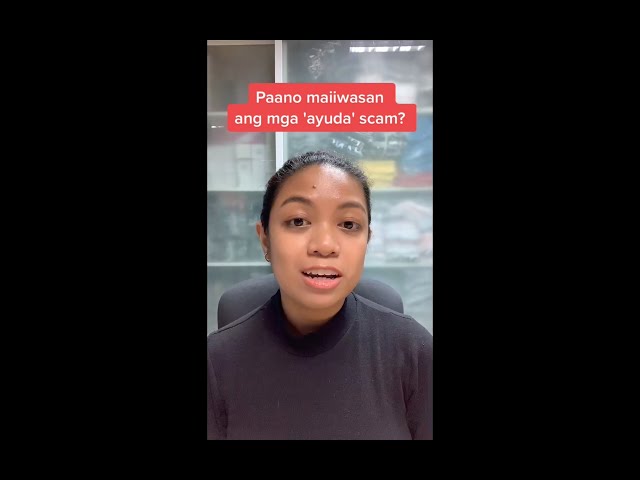 Since May 30, a Facebook page claimed to be a representative of actor and newly-elected Senator Robin Padilla. According to this page, Padilla would be distributing cash aid worth P10,000 to anyone who would sign up at the given link.

The distribution of cash aid is tasked to local governments, the Department of the Interior and Local Government (DILG), and Department of Social Welfare and Development (DSWD) only.

Another Facebook page claimed that newly-elected Senator Raffy Tulfo would be giving away financial aid worth P10,000. This is also a lie.

Like in the false claim about Padilla, senators do not have the power or responsibility to implement individual projects such as this. Senators also have verified social media pages to make their official announcements.

CLAIM: Cash aid worth P8,000 to be distributed to NCR and Luzon residents

According to a YouTube video from the channel “Talakan TV,” the distribution of cash aid worth P8,000 to residents of the National Capital Region (NCR) and Luzon has been approved.

The video manipulated audio from a report by PTV’s Kenneth Paciente last August 11, 2021. This report outlined that families living in Metro Manila would be receiving P4,000 cash aid from August 6 to 20, 2021, under Enhanced Community Quarantine (ECQ) only. There are no recent reports related to this claim as of July 2022.

CLAIM: UniTeam giving P10,000 ‘ayuda’ to those who voted for their candidates

A Facebook page “Uniteam supporters P10K ayuda” posted a callout on May 13, saying supporters who voted for the UniTeam tandem of President Ferdinand “Bongbong” Marcos Jr. and Vice President Sara Duterte should register online to get P10,000 in financial aid each.

This is a fake announcement. The page it was posted on and the link it redirects to are completely unrelated to Marcos and Duterte. There were also no official news reports about the P10,000 financial aid from the UniTeam camp.

This is a fake announcement. This page is listed as a personal blog that was created on May 30, and is completely unrelated to Duterte’s official page or the Malacañang Palace. There were also no reports, documents, video, or audio recordings to prove this claim.

A video circulating on Facebook claimed that the DSWD would be giving away cash aid worth P20,000 to each family once newly-appointed Secretary Erwin Tulfo began his term. According to this claim, this will be the first program Tulfo will implement.

This is false. As of writing this fact check, there were no reports, documents, or announcements from the DSWD or Tulfo to support this claim.