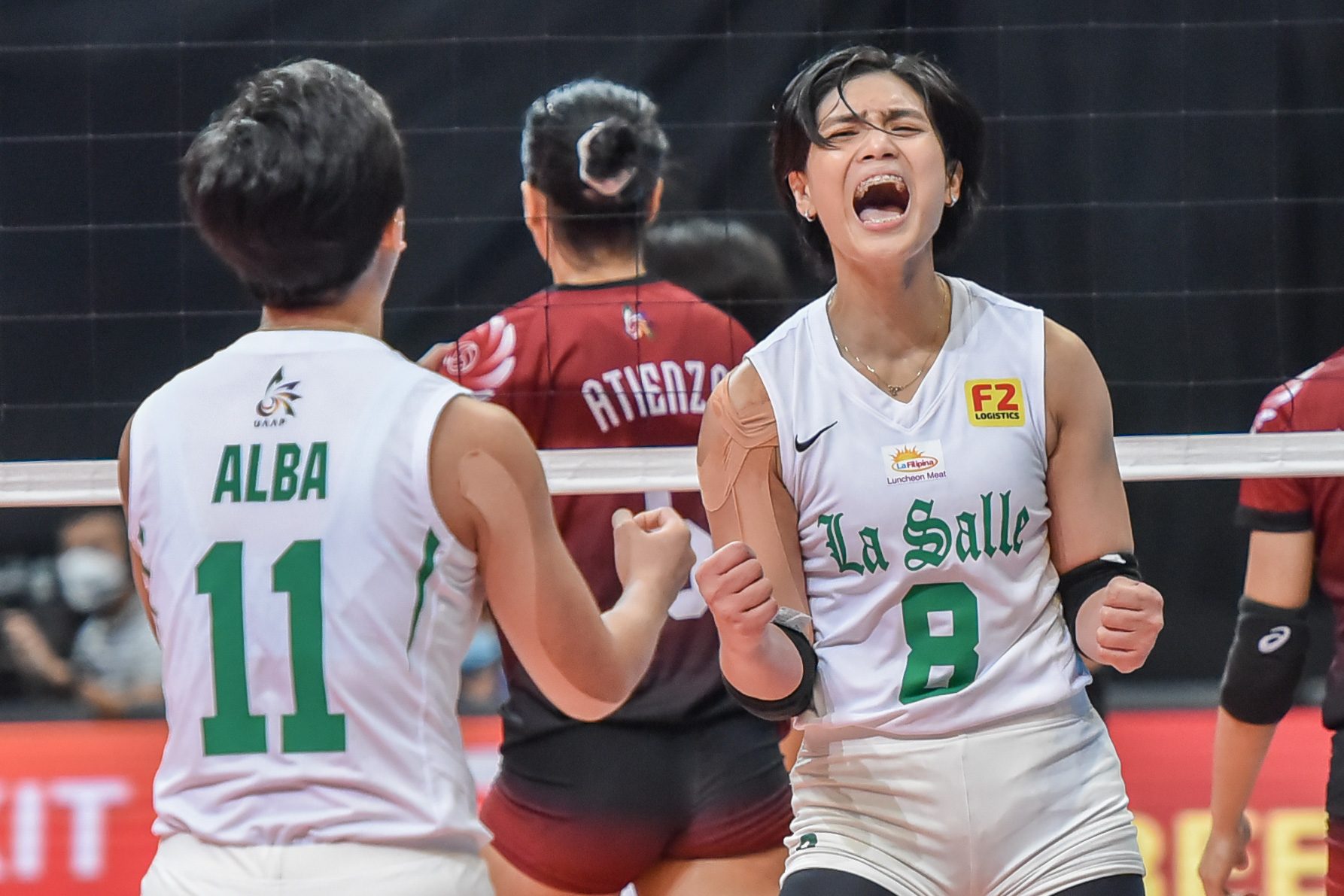 ON THE HUNT. Jolina Dela Cruz and La Salle keep their UAAP Final Four contention bid strong after a hard-earned sweep of reeling UP

Facebook Twitter Copy URL
Copied
La Salle rallies from 6 points down in the third set to shut down UP's comeback attempt, while Adamson kicks FEU out of playoff contention for the first time since 2014

Rookie of the Year candidate Leiah Malaluan led the grinded-out affair with 14 points off 11 attacks, 2 aces, and 1 block, while veteran blocker Thea Gagate added 12 points off 10 spikes and 2 rejections to help La Salle rise to a 7-3 record, and tie with UST.

From being down 9-15 in the third set due to an Alyssa Bertolano scoring rampage, the battle-tested Lady Spikers mounted a booming 16-6 comeback powered by Malaluan and Jolina Dela Cruz kills, and capped with back-to-back UP errors for the win.

La Salle now looks to continue its winning streak on Thursday, June 2, as it faces UST in another potential thriller at 12:30 pm. Meanwhile, UP aims to breathe life into its waning Final Four bid with a win against also-ran FEU at the 10 am matinee match.

The Lady Tamaraws will not see playoff action for the first time in eight years after the Adamson Lady Falcons booted them out of contention earlier in the day off a 25-17, 25-17, 25-16 rout.

Only Chen Tagaod scored in double figures with 14 in yet another sorry loss as FEU dropped to 1-9 for the season, just above winless UE.

Adamson has no plans to stop its Final Four charge as it next takes on undefeated NU at 4:30 pm, while FEU plays for pride against UP at 10 am. – Rappler.com