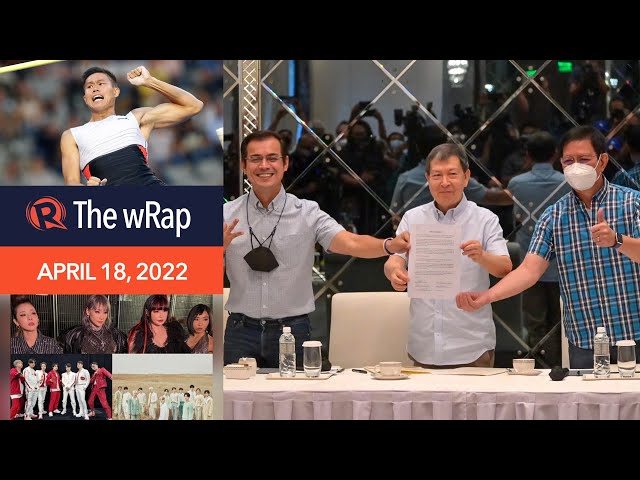 Three presidential candidates hold, on Easter Sunday, April 17, a press briefing to affirm they will not withdraw amid calls to boost the chances of the second top contender to beat the frontrunner.

Isko Moreno’s call for Vice President Leni Robredo to back out of the presidential race and give survey laggards like him a chance comes as a surprise even to his inner circle of advisers.

Pole vault star EJ Obiena, who almost missed the Southeast Asian Games, will serve as Team Philippines’ flag bearer in the regional showpiece in Hanoi, Vietnam on May 12.