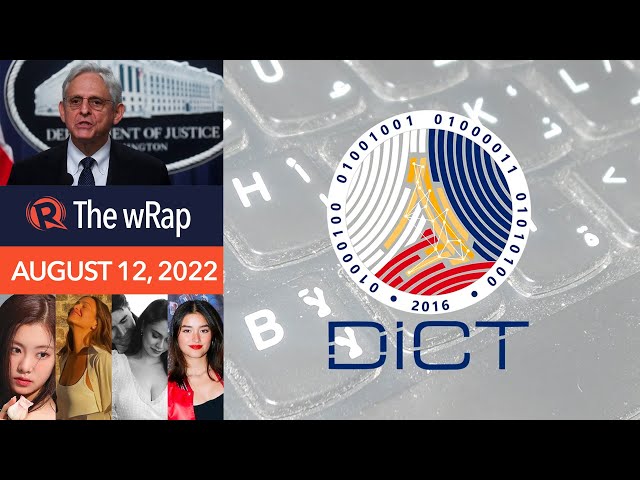 P93 million worth of laptops, tablets gathering dust at DICT. State auditors find out the Department of Information and Communications Technology purchased thousands of laptops and tablets in the past year and a half.

Website takedown updates: KWF on ‘anti-gov’t’ books, Bulatlat unblocked. A prompt “This Account has been suspended” was displayed on the Komisyon ng Wikang Filipino site whenever it was accessed, but appears to be back online late Friday afternoon. Meanwhile, a Quezon City court grants alternative news site Bulatlat’s plea to temporarily unblock its website.

Back to school, back to number coding traffic scheme in Metro Manila on August 15. The number coding will be in effect 7-10 am and 5-8 pm on weekdays, except holidays.

FBI sought nuclear documents in search of Trump’s home – Washington Post. The move was part of an investigation into whether Trump illegally removed records from the White House as he left office in January 2021, some of which the Justice Department believes are classified.