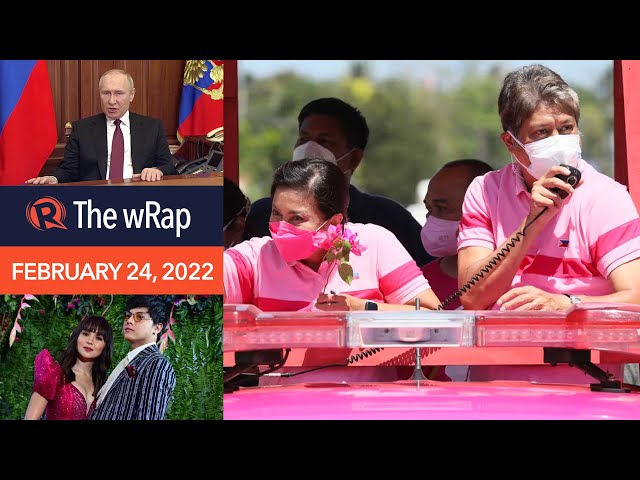 The debate-averse Bongbong Marcos can’t commit yet to the Comelec presidential debate on March 19. His spokesman Vic Rodriguez says the former senator’s participation will only be confirmed if his ‘hectic campaign schedules’ permit.

The Comelec will modify its policy on the removal of oversized campaign paraphernalia on private property, after its ‘Oplan Baklas’ activities drew negative reactions online.

Russian forces invade Ukraine by land, air and sea Thursday, February 24, confirming the worst fears of the West with the biggest attack by one state against another in Europe since World War Two.

ABS-CBN confirms that the highly-anticipated Star Magic Ball and All-Star Games are coming back this 2022.  – Rappler.com