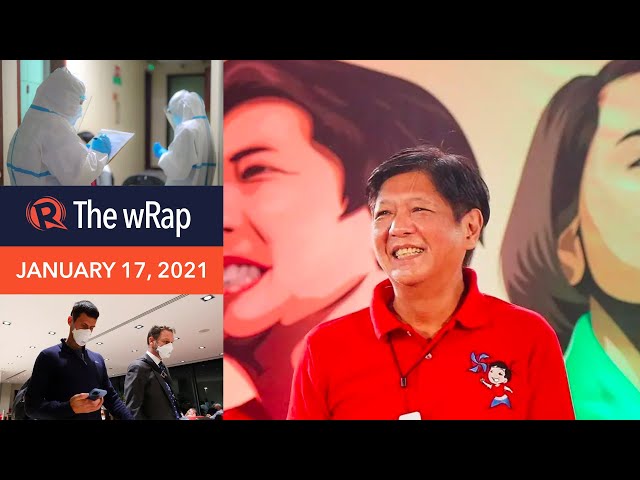 The Comelec Second Division on Monday, January 17, junks the petition to cancel the certificate of candidacy of Bongbong Marcos. This petition is one among the three pending petitions against him. Two others for disqualification remain.

A report from the Philippine Center for Investigative Journalism says Bongbong Marcos is ‘more invested in meme wars and campaigning via political fan groups, community pages, and micro-influencers’ than spending for ads on Facebook.

Preliminary data from the Philippine Statistics Authority reveals that COVID-19 is the third leading cause of death in the country, but figures show a discrepancy between those written on death certificates and those reported by the DOH.