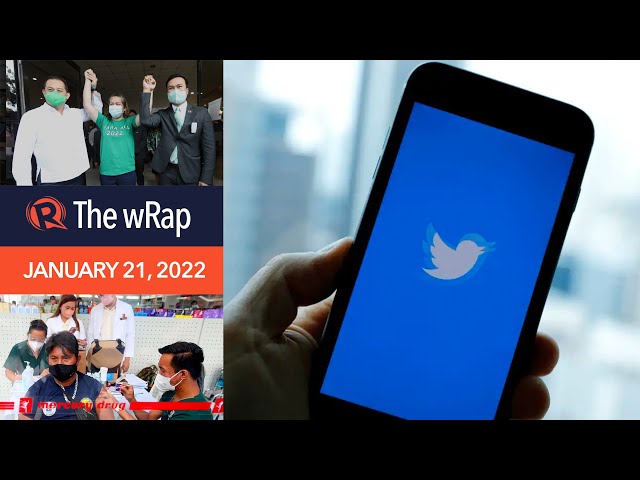 Twitter suspends more than 300 accounts from the supporter base of presidential bet Bongbong Marcos for violating the company’s platform manipulation and spam policy.

A survey by the Social Weather Stations or SWS conducted in December 2021 shows that fewer Filipinos are skeptical about getting vaccinated against COVID-19.

A Reuters and Ipsos opinion poll this week reveals that United States President Joe Biden’s public approval rating falls to the lowest level of his presidency.