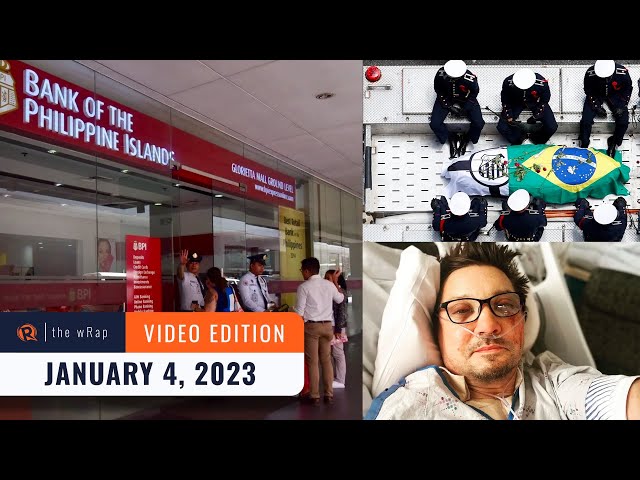 BPI customers get surprise deductions due to glitch. Customers of the Bank of the Philippine Islands get a shock early morning Wednesday, January 4, after finding unauthorized deductions on their accounts.

Brazil bids farewell to beloved soccer star Pele. Emotional crowds bid Brazil soccer legend Pele a final farewell on Tuesday, January 3, lining the streets of Santos to watch his coffin taken to its final resting place from the city’s stadium where 230,000 mourners had filed past his open casket.

‘I’m too messed up now’: Jeremy Renner posts first selfie after snow plow accident. Actor Jeremy Renner, who played Hawkeye in the Marvel Avengers movies and was hospitalized after a traumatic injury while plowing snow, was recovering on Tuesday, January 3, and posted an image on his Instagram account thanking his fans for their wishes. – Rappler.com