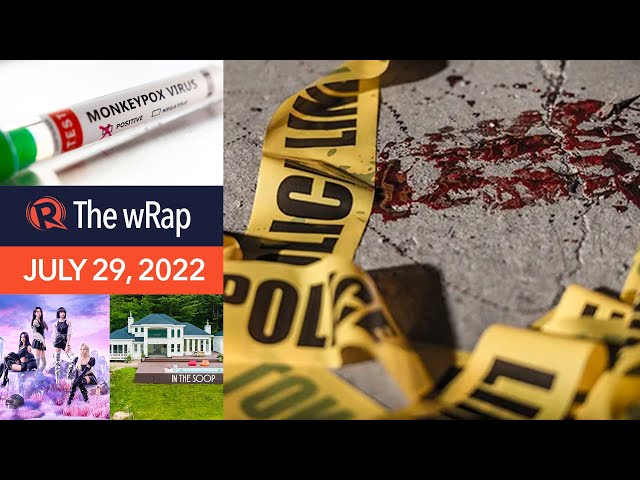 The Philippines records its first case of monkeypox. The Department of Health announces this on Friday, July 29. DOH assistant spokesperson Beverly Ho says the case involves a 31-year-old Filipino who arrived from abroad where monkeypox is not endemic.

The Senate’s two-member minority will not be an obstructionist but will see to it that all measures proposed by President Ferdinand Marcos Jr.’s allies are scrutinized first.

For just one night, the luxurious villa where K-pop global sensation BTS stayed during the second season of ‘In The SOOP’ will be available to book on AirBnb. Meantime, ​​K-pop girl group BLACKPINK, in collaboration with Battle Royale game Player Unknown’s Battlegrounds (PUBG) Mobile, drops the music video of their special comeback track ‘Ready For Love’ on Friday, July 29. – Rappler.com