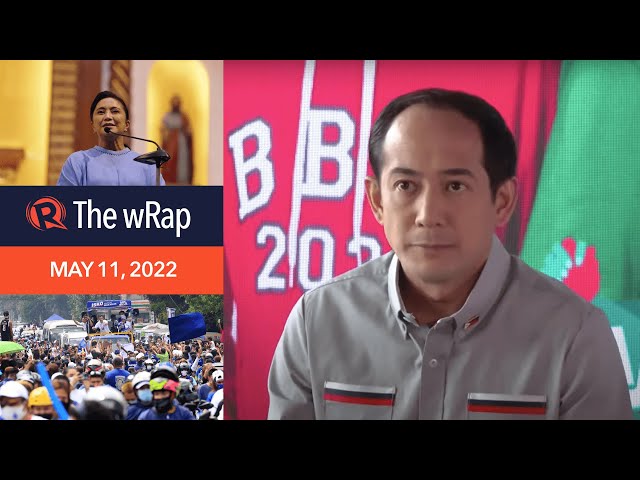 The spokesman of presumptive president Ferdinand Bongbong Marcos Jr. ignores questions on how the incoming Philippine chief diplomat can travel to the United States.

Thousands of Nagueño parishioners come in droves at the Naga Metropolitan Cathedral Tuesday, May 10, as partial, unofficial tally of the presidential race points to a loss by their fellow Bicolana, Vice President Leni Robredo.

Ferdinand ‘Bongbong’ Marcos Jr. beats Manila Mayor Isko Moreno in his own turf, based on partial and unofficial results from the Commission on Elections server.

The Ateneo Blue Eagles live to see another day in the UAAP Season 84 men’s basketball finals. Ending the match at 69-66, the team forces a do-or-die Game 3 against the history-seeking UP Fighting Maroons on Wednesday, May 11. – Rappler.com