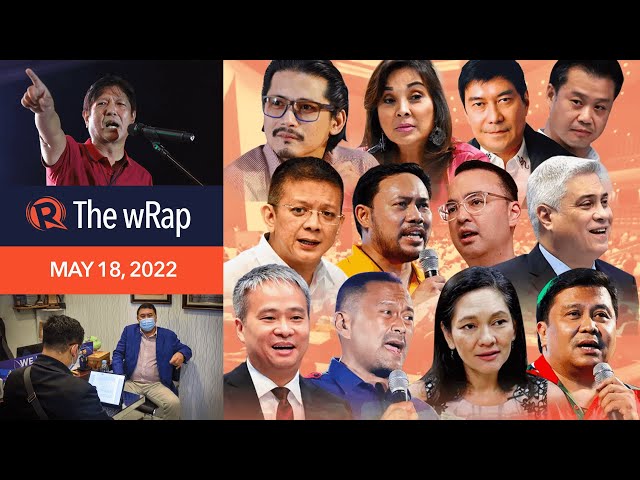 The Commission on Elections, sitting as the National Board of Canvassers, proclaims 12 winning senators in the 2022 elections. In a proclamation ceremony in Pasay City, the senators were proclaimed from 12th to 1st ranking.

Chinese President Xi Jinping calls presumptive Philippine president Ferdinand Marcos Jr. Wednesday, May 18. He congratulates him on his recent election win and pushes for the further development of ties between Manila and Beijing.

Property giant Megaworld Corporation says its records show it has no unpaid tax liabilities “needing any enforcement action” by the government.

The 18-year-old suspect in the deadly mass shooting in Buffalo, New York, invited people to a Discord chat room to see his plans around 30 minutes before he carried out the attack. –Rappler.com