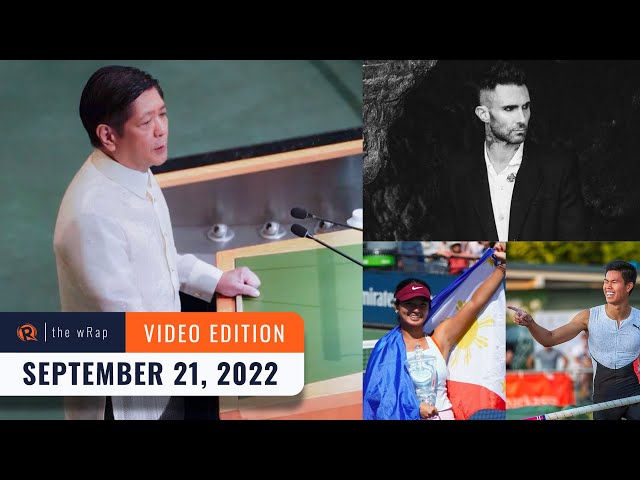 President Ferdinand Marcos’ debuts before the United Nations on the same day the country remembers the declaration of Martial Law by his father 50 years ago.

Adam Levine addresses allegations he cheated on his wife model Behati Prinsloo. Levine denies having an affair, but admits he ‘crossed the line.’

Web romance series Sleep With Me starring Lovi Poe and Janine Gutierrez, is set to screen at the upcoming NewFest in New York City.

Dis is it, pancit! Some of our local pancit favorites make it to Taste Atlas’ annual list of 50 Best Noodle Dishes in the World! — Rappler.com