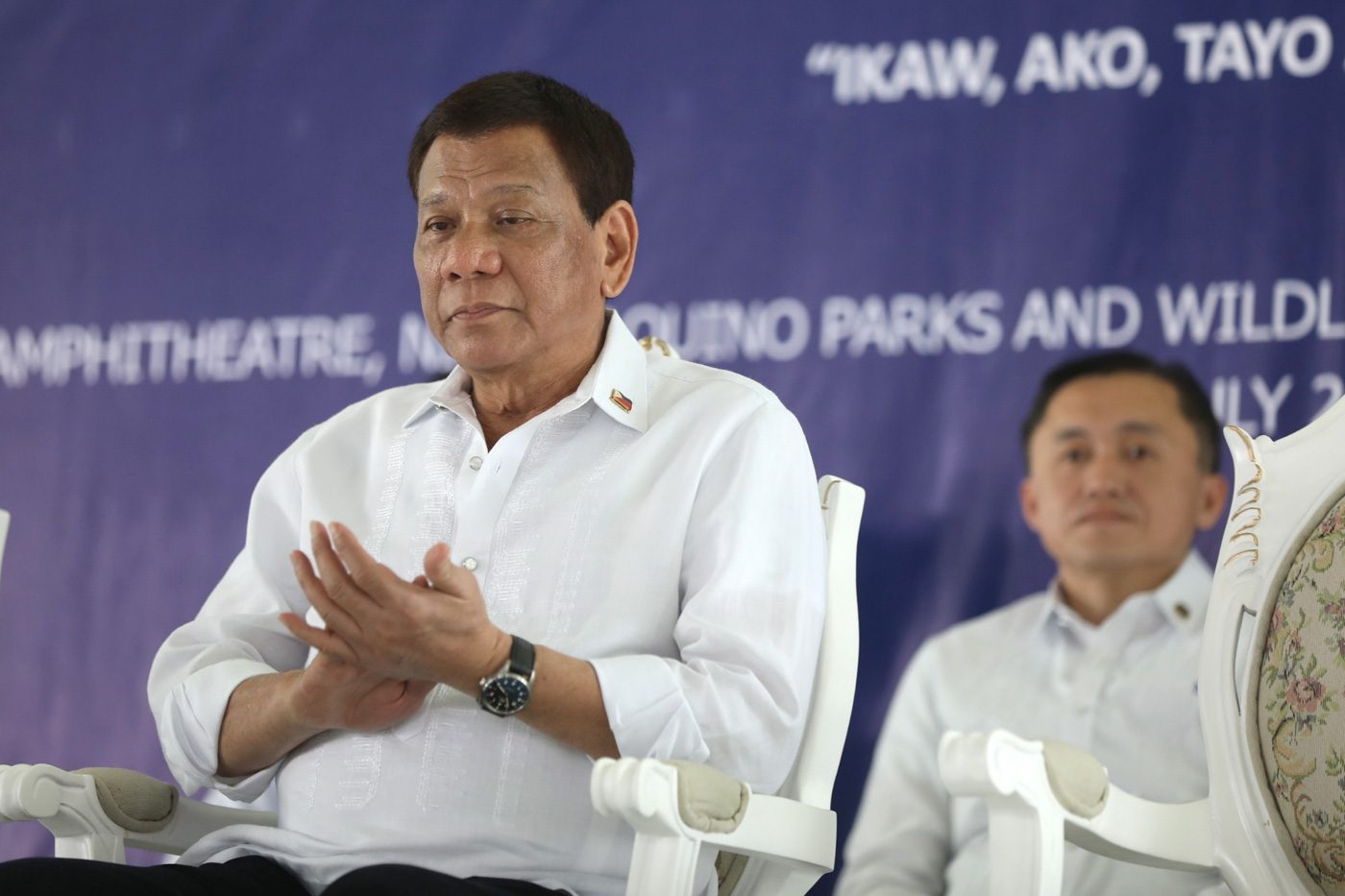 MANILA, Philippines – President Rodrigo Duterte now wants someone else to serve as “transition president” right after a new federal constitution is ratified by the Filipino people, which could take place as early as 2019.

This is a change of heart since Malacañang’s previous statement – that he would be willing to lead the proposed Federal Transition Commission until June 30, 2022, the day his term as president expires. (READ: Should we be worried about Con-Com’s draft transitory provisions?)

“Earlier, he announced that he wants a provision for the election of a transition leader and he is ready to step down when the new Constitution is approved…. He wants the people to elect a new leader who will serve as transition president,” said Presidential Spokesperson Harry Roque on Monday, July 9, in Filipino.

Reynato Puno, chairman of the Consultative Committee (Con-Com) which just submitted its draft constitution to Duterte, had earlier recommended that a plebiscite on the new charter be held in May 2019.

According to the 1987 Constitution, any changes to it will only be valid after ratification by a majority of the votes cast in a plebiscite which shall be held not earlier than 60 days or later than 90 days after the approval of such amendment or revision by a Constituent Assembly or Constitutional Convention.

Roque quoted Duterte as saying during the start of the Monday Cabinet meeting: “It’s to remove all suspicions, and I am tired. Ready to give it to somebody else.”

Duterte also supposedly said that such a provision would allow a “younger leader” to take over.

The President has communicated his wish to Puno and the rest of the Con-Com. The committee agreed to make the revisions. Roque said Duterte would make the same request to Congress, the body mandated to propose amendments to the Constitution.

The President did not elaborate on how he wants the “transition president” to be elected or chosen.

If Duterte steps down in 2019, his Cabinet members would also lose their posts, being his appointees.

“It means we all end our stint in the Cabinet with him, so if the Constitution is ratified, that’s it for all of us in the Cabinet,” said Roque.

In the current Con-Com draft constitution, a Federal Transition Commission would be created right after the charter is ratified through a plebiscite. Duterte is supposed to head this commission.

The commission’s mandate is supposed to expire on June 30, 2022, the same day Duterte’s presidential term ends. This is to give way to the May 2022 elections, the first under the new constitution.

However, this will depend on the Con-Com’s revisions and Congress’ transitory provisions. – Rappler.com