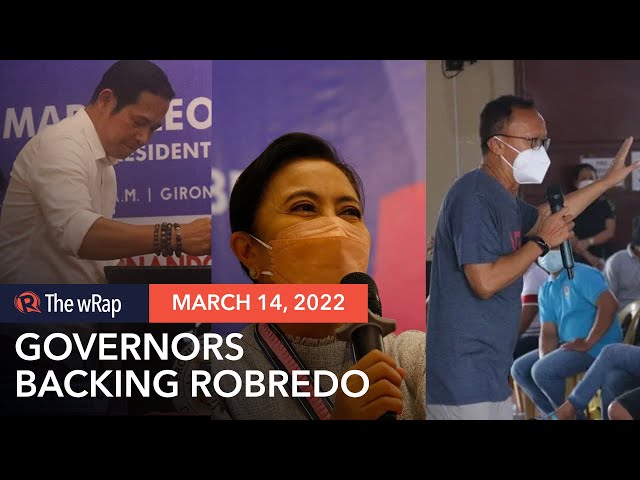 Fernando said the camp of Ferdinand “Bongbong” Marcos Jr. had “misquoted” him.

In a press briefing at the historic Barasoain Church in Malolos, Bulacan, Fernando said he made the decision to publicly endorse Robredo because he “feels like the future of everyone, of the country, depends on it.”

(It is my pleasure to announce today… my full support of our current Vice President’s candidacy, who with Almighty God’s guidance will become the next president of the Republic of the Philippines, the Honorable Leonora “Leni” Robredo.) 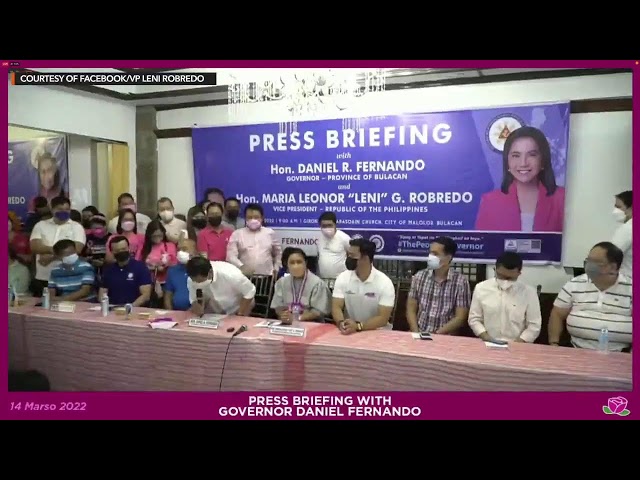 On Saturday, March 12, the Marcos camp claimed that the media “erroneously” reported that Fernando had openly supported Robredo when she visited the province for a rally on March 5, introducing her as “president” to the crowd.

But on Monday, Fernando said of the Marcos camp’s statement: “I was misquoted. Wala po ako sinasabing hindi o ayaw (I never said no or I did not want).”

(Whatever that release was, I never said that Leni was not the one… I only said that I may decide before or after the campaign, which is why I was thinking about it carefully. Because even before, we have been studying all of this.)

The campaign season for local posts begins on March 25. 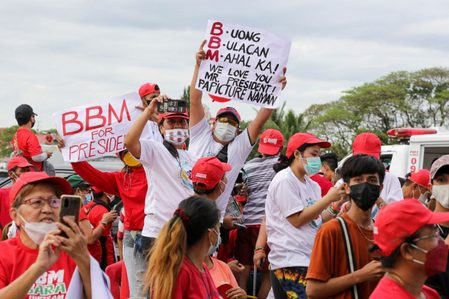 Fernando said that he did not intend to impose his views on the votes of his constituents. “But I want to open an avenue towards a deeper understanding of all. What characteristics should a good leader of our country have?” he said in Filipino. He described what he believed were characteristics of Robredo’s leadership before mentioning her name.

(I strongly believe in honest, accountable, and caring service – the public service of this leader. I realized that she had the heart, brains, and firmness to bring up the lives of each Filipino.)

Fernando said Robredo had the capacity to be empathetic towards Filipinos, as he cited her work before politics as an alternative lawyer for some of the “voiceless” in Philippine society, and her hands-on work during the COVID-19 pandemic.

“Hindi lamang siya naging ina sa kanyang tatlong anak na babae, bagkus ay naging ina ng bansang Pilipinas at nagsilbing ilaw ng pag-asa ng sambayanang Pilipino sa gitna ng krisis at kalamidad,” he said. (She was not only a mother to her three daughters, but to the entire Philippines, and became a light of hope to all Filipinos amid crisis and calamity.)

Fernando, running under the National Unity Party (NUP) ticket, made his endorsement speech alongside several other local officials in Bulacan running under the same party. He said that his decision to endorse Robredo had “no other motive” apart from the expression of his principles, and what he believed was best for the country.

The move went against the grain of other provincial executives affiliated with NUP, such as Cavite Governor Jonvic Remulla and Abra Governor Maria Jocelyn Bernos, who have backed Marcos Jr. for the 2022 polls.

On Monday, Robredo voiced her gratitude for Fernando’s choice to endorse her despite whispering voices in his political circles. Fernando is gunning for reelection this May.

(Governor Daniel could have just chosen to not endorse… The decision to help a candidate like me, who is not yet leading in the surveys, shows a decision without regard for the possible effects to his own candidacy, and instead puts his principles and love for his province first.)

Robredo cited her experiences rolling out the Office of the Vice President’s Angat Buhay and pandemic projects in Bulacan, done smoothly because of the support and cooperation Fernando and other Bulacan chief executives gave to the OVP.

Robredo hoped this type of cooperation could set an example to more public servants who, after the elections, will set aside politics to work towards the welfare of all Filipinos.

Fernando is the latest provincial executive to express support for Robredo, perhaps the biggest rival of dictator’s son Marcos Jr., who leads the pre-election surveys.