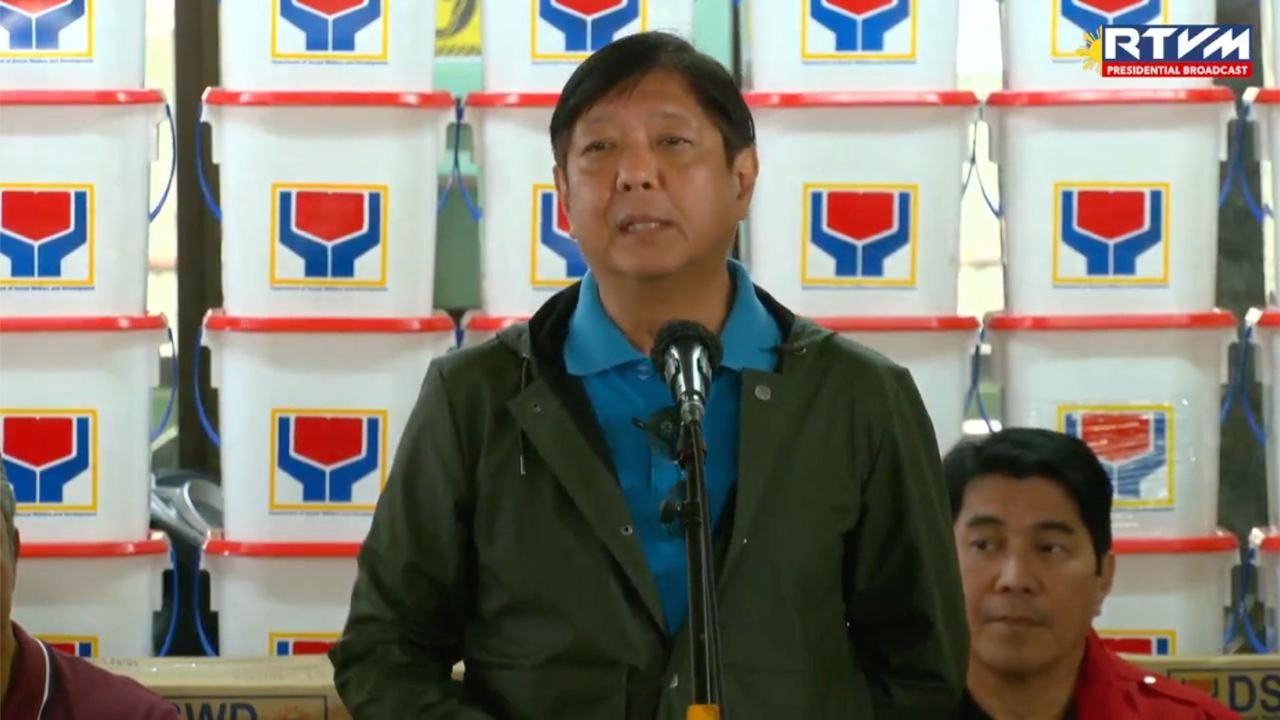 Facebook Twitter Copy URL
Copied
After consulting with the environment department, the President says a nationwide, year-long declaration is 'not necessary' because 'the damage is highly localized' 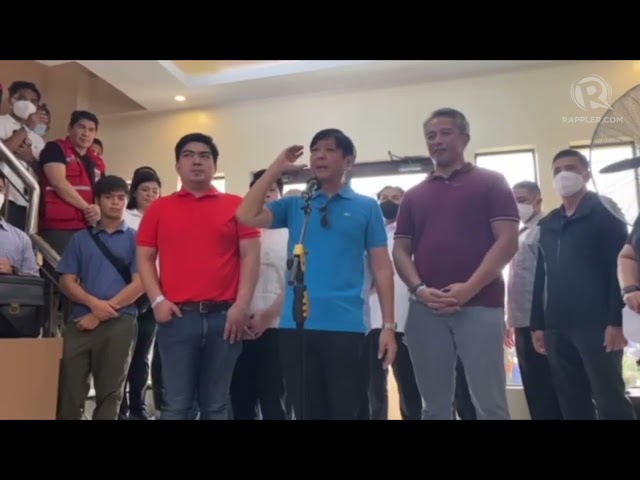 CAVITE, Philippines – President Ferdinand Marcos Jr. on Monday, October 31, thumbed down a proposal to declare a nationwide, year-long state of calamity in the aftermath of Severe Tropical Storm Paeng (Nalgae).

“I don’t think it’s necessary. I came to that conclusion…in consultation with DENR (Department of Environment and Natural Resources). They said damage is highly localized,” said Marcos during a short Q&A on the sidelines of a visit to the storm-hit town of Noveleta in Cavite, south of Metro Manila.

Marcos visited Cavite, among the provinces most affected by Paeng. Aside from Calabarzon or the upper half of the Southern Tagalog region, Western Visayas and the Bangsamoro Autonomous Region of Muslim Mindanao (BARMM) sustained the most damage and casualties.

“I think we will focus better if we stay with the calamities status as we have now,” the President added, referring to existing proclamations.

Placing an area under a state of calamity allows government – local government units, in the case of provinces, towns, and cities – access to funds reserved for disaster relief. The declaration would also freeze the prices of basic commodities.

Noveleta is the first and so far only town Marcos has visited in the aftermath of Paeng’s onslaught. His visit to Noveleta was preceded by an aerial inspection over Cavite, where Governor Jonvic Remulla said 18,000 families were evacuated.

The NDRRMC had earlier recommended that a national state of calamity be declared since most of the country’s regions experienced “the effects, damage and projected impacts” of Paeng. The Speaker of the House, Martin Romualdez had said he was amenable to the NDRRMC proposal, pending an assessment to be reported by congressmen and congresswomen from affected district, but one of the House leaders from Iloilo warned against a nationwide state of calamity declaration.

As of posting, close to 100 people have died because of Severe Tropical Storm Paeng. – Rappler.com