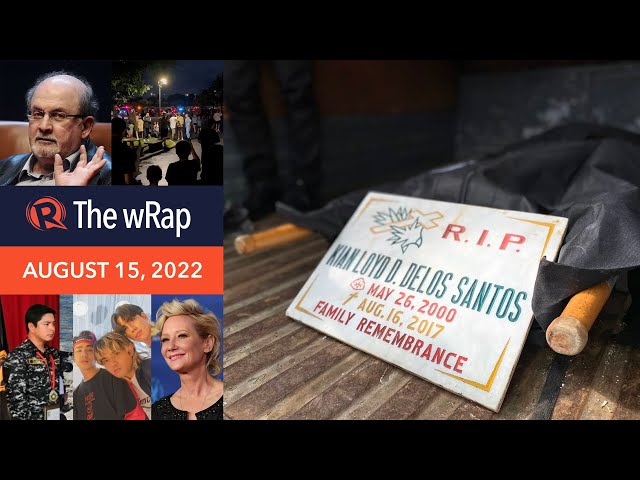 The remains of Kian delos Santos are exhumed a day short of his fifth death anniversary, on Monday, August 15. Delos Santos’ family retrieves his remains from La Loma Cemetery in Caloocan City, a public cemetery where the lease lasts for five years only.

The Philippine Statistics Authority reports more Filipinos fall below the poverty line due to the pandemic-induced recession.

Salman Rushdie is on the road to recovery. The acclaimed author was stabbed repeatedly at a public appearance in New York state on Friday, August 12.

After a historic seven-year run, FPJ’s Ang Probinsyano airs its final episode on Friday, August 12. Meantime, P-pop powerhouse SB19 confirms they are releasing a new single called ‘WYAT [Where You At]’ ahead of an upcoming tour. In other news, American actor Anne Heche is taken off life support on Sunday, August 14, nine days after suffering severe injuries in a car crash. – Rappler.com