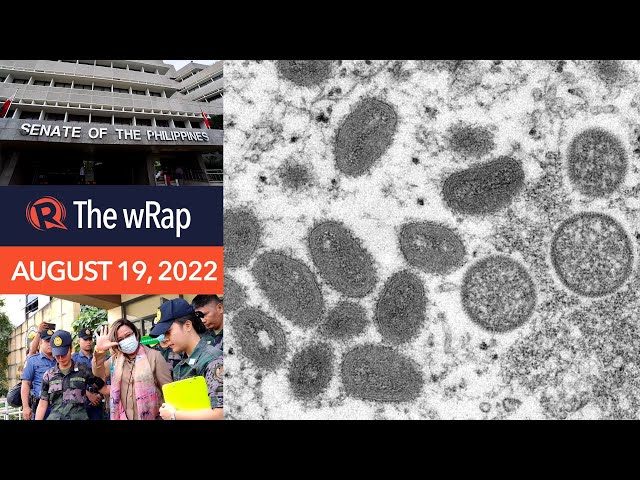 The Philippine health department reports two new cases of monkeypox on Friday, August 19. This brings the country’s total cases of the viral disease to three.

The Senate building will be on ‘total lockdown’ on Monday, August 22, to allow its full disinfection after several senators and Senate personnel test positive for COVID-19.

Internet personality Donnalyn Bartolome responds to the criticism she received for her ‘kanto’ or street-themed birthday party, saying she was just being true to herself. – Rappler.com