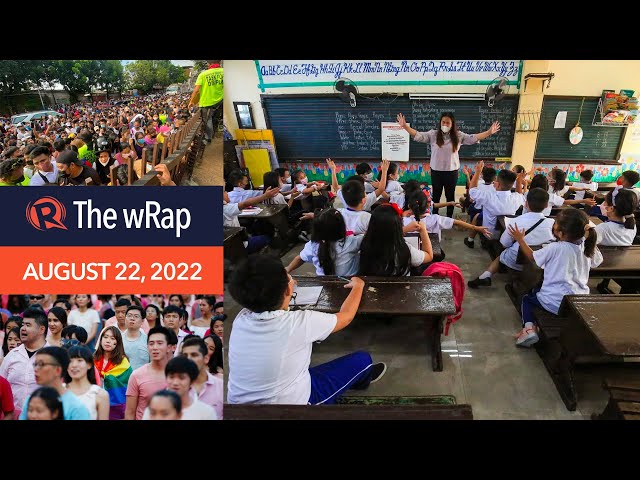 Philippine schools finally return to face-to-face classes Monday, August 22, after more than two years of distance learning due to the COVID-19 pandemic.

Singapore will decriminalize sex between men. Prime Minister Lee Hsien Loong announces the decision on Sunday, August 21, but it remains unclear when exactly the law would be repealed.

Hollywood stars Jennifer Lopez and Ben Affleck celebrate their love once more with a second wedding on Saturday, August 20. — Rappler.com