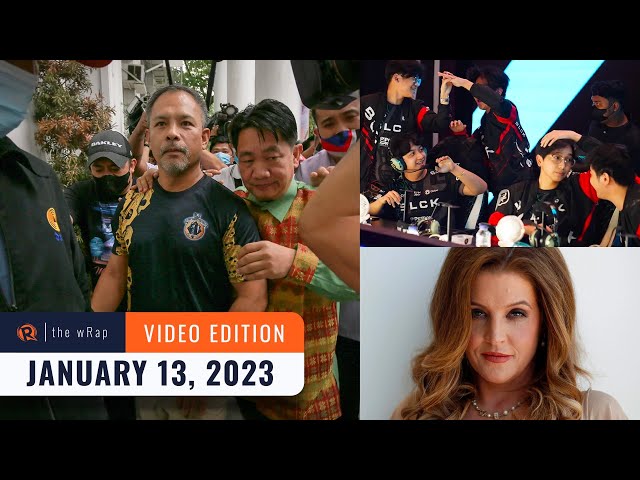 The Bureau of Corrections files another set of criminal complaints against suspended corrections chief Gerald Bantag for allegedly torturing inmates at the New Bilibid Prison.

President Ferdinand Marcos Jr. plans to do a “soft launch” of the proposed Maharlika Investment Fund at the World Economic Forum or WEF in Davos, Switzerland.

The Philippine Basketball Association is offering a free shuttle service to fans watching the Commissioner’s Cup finals Game 7 between Ginebra and Bay Area on Sunday, January 15.

Mobile Legends esports notches a new milestone as the most popular teams from the Philippines and Indonesia break viewership records in the M4 World Championship.