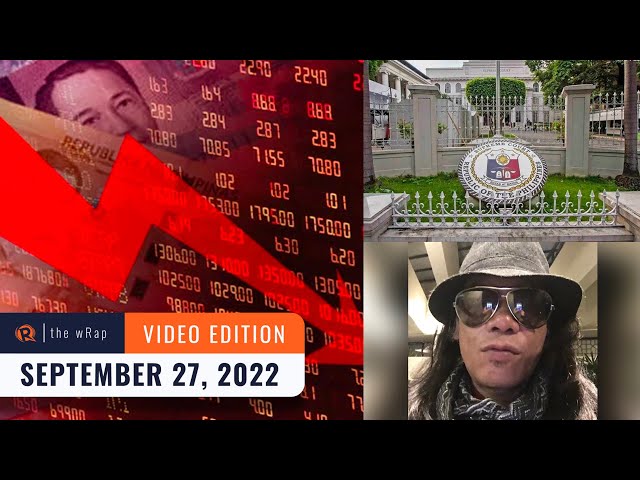 The Philippine peso hits another historic low, Tuesday, September 27, as it trades as low as 58.99 against the US dollar.

Following the threats of former anti-insurgency spokesperson Lorraine Badoy against Manila judge Marlo Magdoza-Malagar, the Supreme Court warns inciting violence against judges could be considered contempt of the High Court.

The Philippine justice department says it will shut down 175 offshore gambling firms and deport about 40,000 Chinese workers.

Japan honors slain former Prime Minister Shinzo Abe with flowers, prayers and a 19-gun salute, at the first state funeral for a former premier in 55 years.

Guitarist Marcus Adoro speaks up on abuse allegations that resurfaced with news of an Eraserheads reunion.