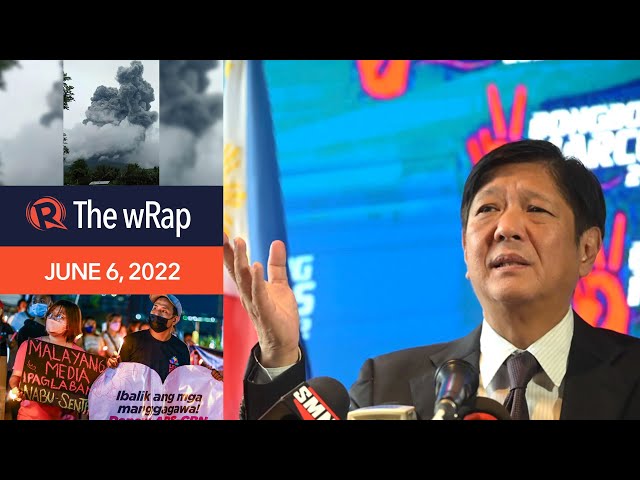 Bulusan Volcano in Sorsogon province is placed under Alert Level 1  Sunday, June 5, after a phreatic or stream-driven eruption that produced a kilometer-high gray ash plume.

Directors of the parent company of luxury casino Okada Manila file criminal complaints against Japanese tycoon Kazuo Okada and several others over the recent hostile takeover and scuffle in the venue.

A video clip of a security guard being violently run over by an SUV goes viral online. The victim is reportedly currently having difficulty breathing, is on oxygen support, and also sustained head wounds.

Embattled media giant ABS-CBN says it is ‘exploring’ opportunities as they come, amid news reports of a merger with Manny Pangilinan’s TV5. – Rappler.com

NUSTAR Resort introduces the first “jumbotron” in the Philippines

Seize the clay! I tried out pottery on this hotel staycation