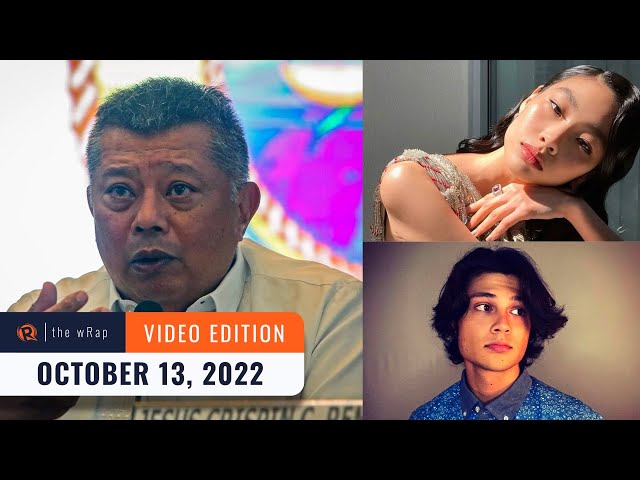 The son of Justice Secretary Jesus Crispin “Boying” Remulla was arrested by authorities for an alleged drug offense. This was confirmed by his uncle, Cavite Governor Jonvic Remulla to ABS-CBN.

The Movement Against Disinformation says Sonshine Media Network International or SMNI and its presenters violated provisions of the 2007 Broadcast Code of the Philippines.

Jung Ho-yeon is finally seeing her Filipino fans! The Squid Game star is holding her first fan meeting in the Philippines on November 11 at the New Frontier Theater.

ABS-CBN Films refutes the claims of actor Rhys Miguel Eugenio that there was a lack of action from the company when he reported the sexual misconduct of former co-actor Patrick Quiroz.

The nominees for the 2022 MTV Europe Music Awards are in, and Maymay Entrata is the only Filipino act who made it to the list. — Rappler.com