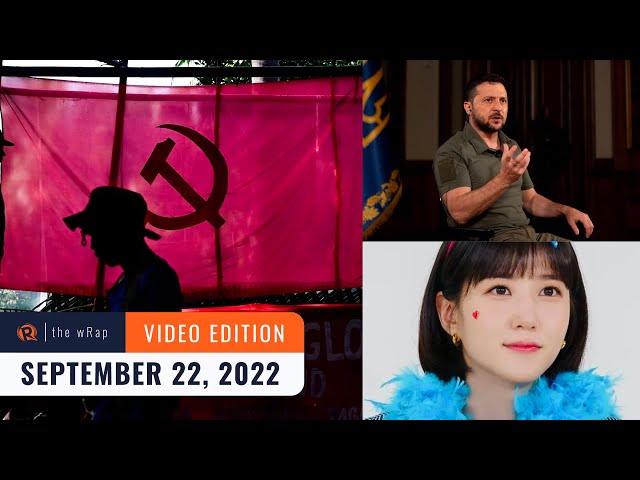 A Manila court dismisses the petition of the Department of Justice that seeks to declare as terrorist the Communist Party of the Philippines-New People’s Army.

Eraserheads’ Ely Buendia and Raymund Marasigan address the issues surrounding bandmate Marcus Adoro, who has an alleged history of abuse.

The original handwritten lyrics of Don McLean’s song “Vincent,” a tribute to painter Vincent van Gogh, are going up for auction for $1 million.

Extraordinary Attorney Woo star Park Eun-bin is coming to Manila for the first time! “Eun-Bin Note: Binkan in Manila” is happening on Sunday, October 23 at the SM Skydome.

Roger Federer assured fans he will not become a “tennis ghost,” following his decision to retire from competitive tennis. — Rappler.com