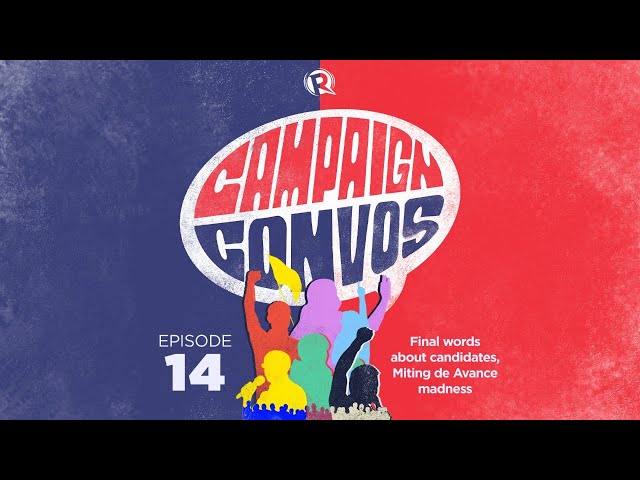 Facebook Twitter Copy URL
Copied
In this last episode, campaign reporters review the highlights of the campaign trail and explain what to expect at the Miting de Avance of candidates

MANILA, Philippines – At 6 pm on Thursday, May 5, we air our last episode of Campaign Convos. It’s now only four days until elections and the big decision voters have to make before casting their ballot.

In this episode, Rappler’s campaign reporters give you their final takeaways about the candidates they cover and the highlights of the crazy 2022 campaign period. They will also explain what to expect at the Miting de Avance of candidates on May 7 and why this last major gathering of supporters is a big deal.

Don’t miss the discussion! Check this page for the livestream.

The podcast version can be found on Spotify.

If you want to recap the entire campaign period before you head to your voting precinct, watch or listen to all past episodes: