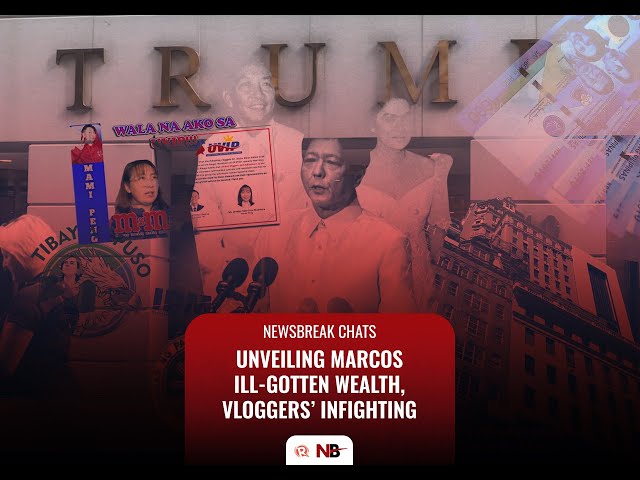 MANILA, Philippines – The Marcos family has enjoyed riches and popularity since they entered the Philippine political scene decades ago – from the dictatorship of patriarch Ferdinand E. Marcos, to the landslide victory of his son and namesake, President Ferdinand “Bongbong” Marcos Jr., in the May 2022 elections.

The Marcos family’s wealth has been proven to be ill-gotten by courts in the Philippines and abroad. Among the assets the Marcoses acquired with stolen wealth include multi-million-dollar properties in the bustling streets of New York City in the US. Once enjoyed by the Marcoses, the buildings and apartments have since been recovered by the Philippine government with the help of a US congressional investigation. (PANOORIN: [EXCLUSIVE] Marcos New York tour: Mga gusaling nabili ng nakaw na yaman)

Since the 1986 ouster of the dictator through a People Power revolution, the family has made its way back to Malacañang with the election last May of Bongbong Marcos. One of the major factors behind his win was the use of vloggers and influencers who spread lies and propaganda about the supposed “golden age” under the administration of the older Marcos.

But like the acquisition of the New York properties, the Marcoses’ hold over the vloggers faces some instability. Just months after forming the United Vloggers and Influencers of the Philippines to gain accreditation from Malacañang, the vloggers are now at odds, Rappler found. (READ: Marcos vloggers are fighting. Here’s why.)

In this Newsbreak Chats episode, Rappler multimedia reporter Rambo Talabong talks to investigative desk head Chay Hofileña about how he pieced together his reports on the Marcos family’s ill-gotten properties in New York, as well as the goings-on in the pro-Marcos vloggers circles.

On Wednesday, September 21, the Philippines commemorated the 50th year of the declaration of Martial Law – a period marred with human rights abuses, corruption, and silencing of critical voices.