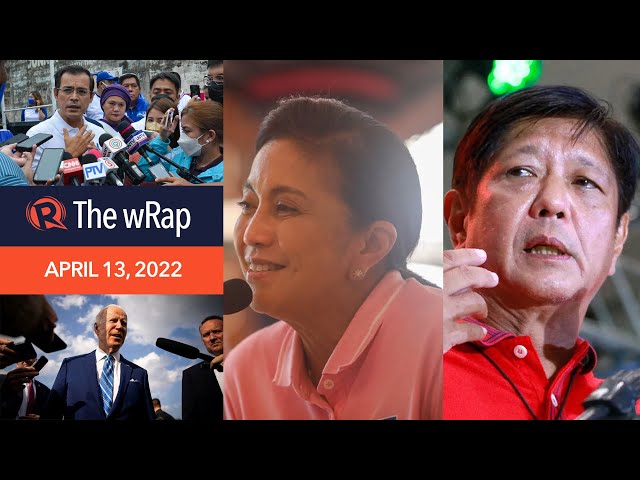 Vice President Leni Robredo says the increased attacks of the Marcos camp against her using ‘fake news’ comes as no surprise, recalling a similar experience in the 2016 vice presidential race when her survey numbers started to pick up.

Tension ensues among the Comelec en banc after Commissioner Socorro Inting quits as head of the committee on the ban on firearms and security concerns.

US President Joe Biden says for the first time Moscow’s invasion of Ukraine amounts to genocide. Biden has repeatedly called Putin a war criminal, but this is the first time he accused Russia of genocide.

Singer Britney Spears announces she is pregnant with her third child by posting a message on Instagram on Monday, April 11. – Rappler.com