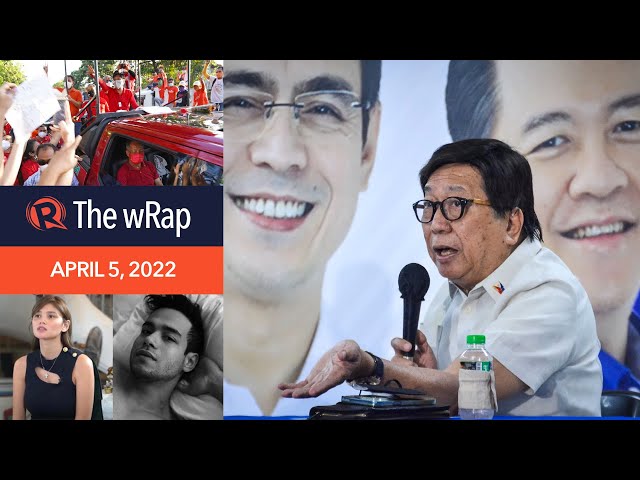 Isko Moreno’s campaign manager shuts down calls for the withdrawal of presidential candidates who are lagging in surveys to support the bet who could win against frontrunner Ferdinand Marcos Jr.

Quezon City prosecutors are asking for a P72,000 bail for the release of a person who allegedly threatened presidential bet Ferdinand “Bongbong” Marcos Jr on Twitter.

Due to its ‘excess’ doses, the Philippines will be donating some of its COVID-19 vaccines to Myanmar and Papua New Guinea. The donation of vaccines aims to address the issue of expiring vaccines.

Actress Ana Jalandoni opens up about her verbally and physically abusive relationship with Kit Thompson in an exclusive interview with Boy Abunda on Saturday, April 2. – Rappler.com